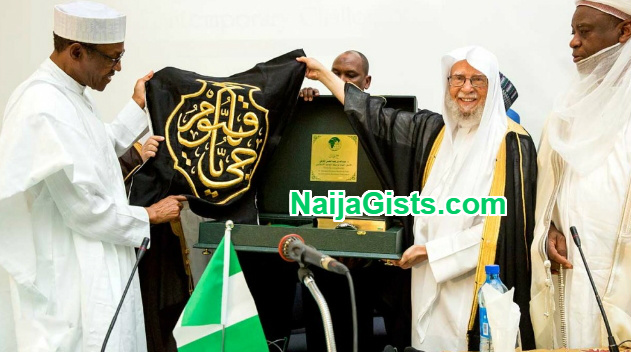 President Muhammad Buhari’s All People’s Congress (APC) led government of Nigeria has been accused of having an agenda to Islamize Nigeria, this is not new, it was one of the rhetoric the People’s Democratic Party (PDP) used in the southern part of Nigeria during the 2015 presidential election campaigns.

These allegations have refuse to go away, those who hold this view include Governor Ayo Fayose, Mr Fani Kayode, and Elder Solomon Asemota, who is the chairman of National Christian Elders Council.

The world over conspiracy theories exist, the promoters of these theories allege that the government of the day is involved in secret and covert activities, to influence the direction of specific events.

The promoters of the Islamization of Nigeria conspiracy theory have been very vocal, they claim the Buhari’s government wants to islamize Nigeria through the back door. They have compiled a dossier to sell their argument; appointment of Northerners in key government positions, prosecution of Southerners who served in the previous Federal government, the visit of President Buhari and some Northern Governors to Saudi Arabia, the amendment of the FCT Sharia law, the killing of villagers in the South by Fulani herdsmen, and the recent visit by Mr John Kerry, the US Secretary of States to the Northern part of Nigeria.

The Government and the Moslem leadership in Nigeria have denied the allegation of having an agenda to islamize Nigeria. The typical Nigerian politician work with members of other religious faith when it benefits them, and they work against members of other religious faith when they have nothing to gain. The fear and suspicion about a back door plan to Islamize Nigeria is as a result of the faulty Federal system of government we operate as a nation; too much power at the centre, the winner takes all, and the regional States cannot survive without revenue allocation from the centre.

The Federal Government should put its house in order, policies and appointments made should be fair to all faith and sections of the country. The Government should avoid creating situations that fuels conspiracy theories and allegations.

The claim of the existence of a plot to Islamize Nigeria predates the current Federal government. Politicians should avoid flying the religious kite to score cheap political points. The Government of the day should be confronted when they misgovern, antagonizing and inciting the people against the government will not move the country forward.
Nigerians should be weary of politicians and individuals who use religion to steer up emotions. Nigerian politicians belong to one religion , what they worship is money.

17 thoughts on “Buhari’s Islamization Agenda For Nigeria: A Fact Or Fiction”