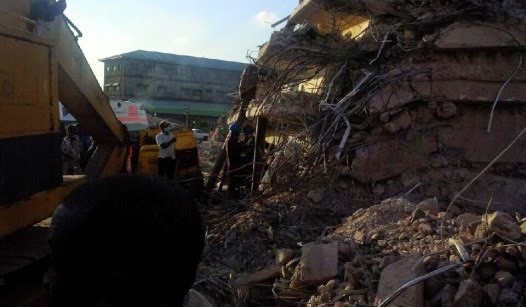 Few hours after TB Joshua released an official report indicating that nobody died in a collapsed building on his church premises, National Emergency Management Agency, NEMA said 42 dead bodies have been removed from the scene of the disaster.

130 people were rescued alive in the rubble of the building believed to be used as guest house used by foreign visitors to TB Joshua’s Synagogue church.

The 6-storey building, located in the sprawling compound of the vast church complex, came down on Friday afternoon. It was undergoing construction work to add extra floors

Emergency services and the media were attacked as they tried to get to the building. Rescue operations were continuing on Sunday, Farinloye said.

Joshua said on his Facebook page TB Joshua Ministries that reports that the church auditorium had collapsed and that there had been heavy casualties were not correct.

“The few people that were there are being rescued,” he said on Friday.

As at the time of this report, NEMA officials are still working to evacuate bodies of more victims warning that death toll is likely to jump.