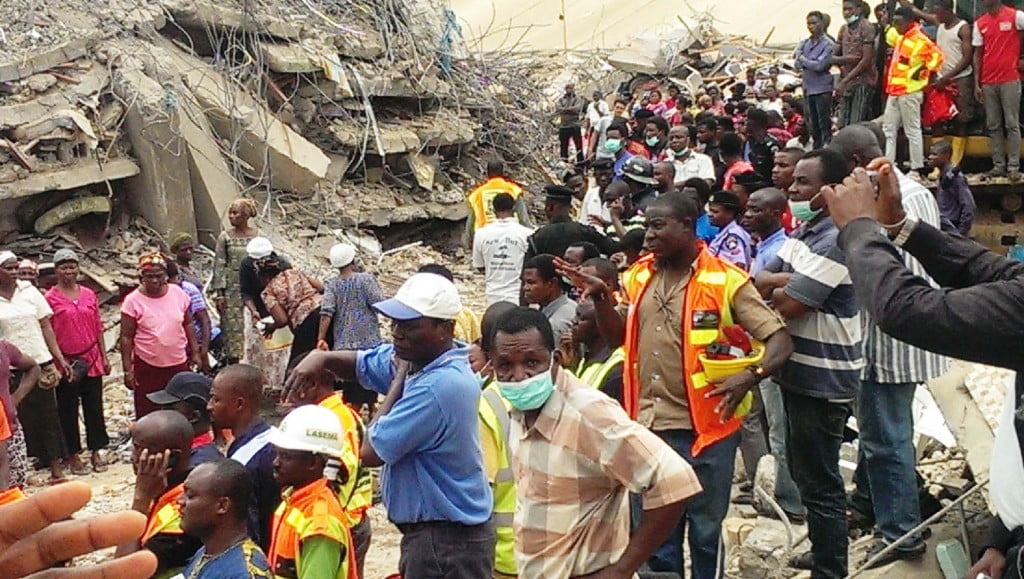 Controversial Prophet TB Joshua today linked a deadly building collapse at his church to a suspicious plane but rescue workers ruled out the theory of foul play.

Joshua, dubbed “The Prophet” by fanatical followers because of his purported predictions and healing powers, showed footage of the moments leading up to the collapse on his tv network. 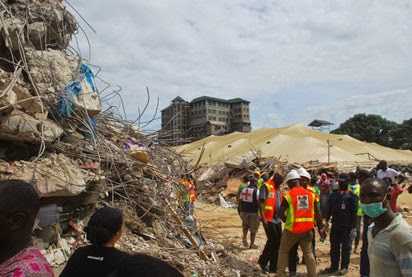 Nigeria’s National Emergency Management Agency (NEMA) said 40 people were killed in Friday’s incident, while 130 escaped or were pulled out alive from the rubble.

The uncompleted building, five floors of which are visible above a high wall, is then seen to collapse at 12:44 pm, throwing up huge clouds of dust into the air.

“After the incident, the strange aircraft does not return,” a commentary accompanying the images adds.

There was no independent verification of the authenticity of the footage but Joshua has said he would make it available to Nigeria’s security agencies.

His Synagogue Church of All Nations (SCOAN) is located in Ikotun, near Lagos international airport.

Joshua’s theory about the low-flying plane featured in a number of Nigerian newspapers on Sunday.

But NEMA’s southwest coordinator Ibrahim Farinloye rejected claims of sabotage and said extra floors were being added to the building without changing the foundations.

“If it were an act of terrorism or sabotage, it would have gone into rubble,” he told AFP at the scene.

Building collapses are common in Nigeria because of the use of sub-standard material and flouting of construction regulations.

NEMA rescue workers were only able to access the site properly at 9:00 am on Sunday and the emergency services and media had previously complained of being attacked by church security.

The Lagos state building control agency also complained that its officials were obstructed and Farinloye indicated more lives could have been saved had rescuers been able to get to the building sooner.

Rescuers wearing protective facemasks and boots used excavators to remove slabs of flattened concrete and were hunting for anyone still trapped under the wreckage of twisted metal and masonry.

The building was believed to be a guesthouse for foreign members of SCOAN and green mattresses were clearly visible among the debris.

It was not known how many people were inside the building when it collapsed.

But Joshua preaches to massive crowds at the megachurch every week and, according to his website, SCOAN “hosts thousands of national and international visitors” each year.

“People travel from around the world to witness and receive from the mighty work that God is doing in the life of Prophet TB Joshua,” it states.

Joshua said on his Facebook page TB Joshua Ministries that reports that the church auditorium had collapsed and that there had been heavy casualties were not correct.

“The few people that were there are being rescued,” he said on Friday.