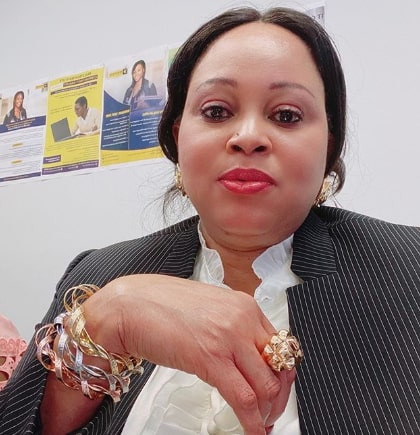 It is no longer news that veteran actress Bukky Wright has found refuge in the United States of America.

For Bukky Wright, life abroad has turned her to a ‘well-wisher’ on Instagram!

According to observers of the current event in her life, it is either she is posting well wishes for her colleagues who are celebrating their birthdays or she is flaunting her son, Ojay’s music career.

Though the young man has not ‘blown’ yet, his mum is busy promoting his works.

Wondering why she is still abroad when she could still be in Nigeria and be smiling to the bank with fees paid her in the industry?

“Initially, she came over to the United States because of her two sons. Ojay’s brother, O.S, is in the United States Army. They must have filed in for their mum to be considered for the citizenship of the Unites States. Its not up to five years that Bukky landed in the US and she could be compelled to complete the duration before she gets her full citizenship,” a source told Kemi Ashefon.

Aside that, Bukky, who has been married for over four times to different men must have decided to stay put in the US in order to sanitize her body, mind and soul of any marital brouhaha.

“You can see that she is no longer a Muslim. Bukky, who is now in her 50s, once converted to Islam some years ago while in Nigeria and also succeeded in converting Lola Alao and the late Moji Olaiya to Islam.

Currently, Bukky has sought refuge in God and decided to convert to Christianity again,” the source revealed.