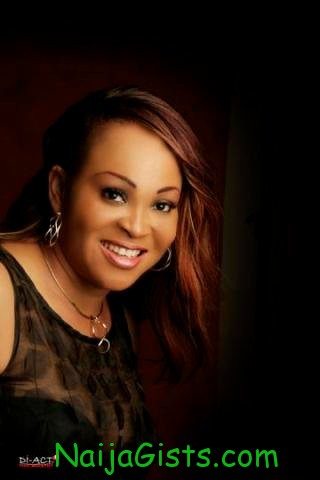 Feb 6, 2012 –Bukky Wright & Her Addiction To Bigamy – How She Changes Men Like Diapers

Her name cannot be ignored when it comes to acting. She is also one of the most beautiful faces that Nollywood has ever produced; and a great producer. On several occasions controversy has trailed this sexy mother of two over her outrageous lifestyle, but it seems those allegations were just tip of the iceberg. naijagists.com

Though to some people, it’s not news that the producer of 7 O’clock just got married again. The affair was low key, and was done outside Nigeria. The marriage took pace at the city of Trenton Registry, in New Jersey, and was presided over by the resident judge, with some witnesses. But that is not the issue of the day. Ordinarily, it should be a thing of joy.

Congratulatory messages were meant to be pouring in from her friends and family, but her foes won’t just let her enjoy her recently contracted affair. Information at our disposal revealed that Bukky intentionally got married to Wale Onitiri in secret because he doesn’t want him to know she is involved in bigamy.

Investigation revealed that Bukky Wright is not only involved in bigamy, but is basking in the euphoria of other dirty acts. It was discovered that, aside her present hubby, Wale Onitiri, she has been married to four different men without dissolving the marriages.

We gathered that her first catch was her first husband,

Gboyega Amu, whom she bore her two kids for. The marriage to Amu crashed due to irreconcilable differences. No sooner had the affair crumbled than she moved into the arms of her former colleague in the make-believe world, one-time NNPC top shot and current member of the House of Representatives, Rotimi Makinde, without legally divorcing Amu, the father of her kids. The marriage didn’t stand the test of time; it crumbled like a pack of cards. Though Rotimi Makinde purportedly divorced his wife of many years, Bolaji, Bukky Wright just ran out of the marriage, without divorcing him.

Her one leg was still in the other three relationships, when she found solace in the arms of popular music promoter, Bolaji Saheed, called Bolaji Basia, who was then based in Canada.
It was revealed that she intentionally got married to Bolaji Basia because she wanted to use him as a means of securing a permanent ticket in Canada, so a secret Nikkai was quickly conducted between family and friends of both parties. But no sooner had the affair started than it crumbled. Several allegations, bordering on lesbianism, infidelity and fetish practices, were leveled against her and she walked away without seeking dissolution in a law court; meaning the affair wasn’t nullified and voided before she recently got married to US big boy, Adewale Onitiri

The reason Bukky Wright would indulge in this shameful act is still mysterious. With her level of exposure in the society and education, why would she contract a marriage with more than three men without dissolution? Some were of the opinion that it may have been the men that were treating her bad and she didn’t like dissolving marriages. But her close allies pointed accusing fingers at her, claiming that she is indeed aware of what she is doing, adding that she doesn’t want to be tied in a permanent relationship with any man because being single gives her freedom without restriction.