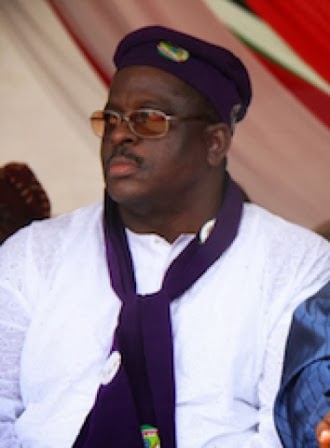 The agency urged Kashamu who is under house arrest in his Lekki – Lagos residence since Saturday by the Operatives of the agency, to “act honourably and concentrate on his case.”

“Kashamu was indicted in the Northern District of Illinois, United States on charges brought against him by ICE. According to the United States court documents, Kashamu in his days as the leader of a prolific heroin trafficking ring based in Chicago, Illinois was known as “God,” “Daddy,” and “Kasmal”.

“He is wanted to stand trial on charges of conspiracy and importation of controlled substances, namely heroin, into the United States dating back to 1994.
“Kashamu, who holds dual Nigerian/Beninese citizenship, has taken multiple preemptive actions to thwart

U.S. extradition efforts such as making fanciful claims that his is a case of mistaken identity, and that his deceased brother is responsible for the crimes he is being sought after in the United States.
“He has filed injunctions at the federal court both in the Northern District of Illinois, United States and in Nigeria to prevent his arrest and prosecution.

“These are issues that Kashamu should prepare to address rather than point accusing fingers at eminent elder Statesmen who have no connection with the ongoing investigative process.
“The Senator – elect who was placed on house arrest at the weekend is expected to appear in court in less than 24 hours.

“We expect Kashamu as a distinguished senator-elect to demonstrate ample confidence in the Nigerian judicial system and stop the blame game,”