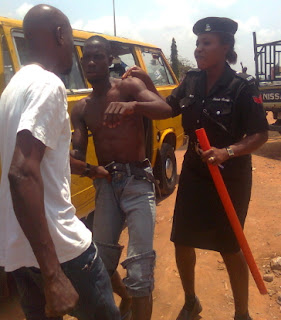 A bus conductor has been docked for allegedly assaulting a passenger in Lagos.

The accused, Ogunremi Tobi who allegedly lost his cool on the 7th of December 27 and bit off the lip of a male passenger, Olowoye Adedayo after he allegedly refused to pay him his bus fare balance in Ilupeju area of Lagos was today docked at a Magistrates’ Court in Ikeja Lagos.

He was charged with one count of assault and granted bail in the sum of N20,000 with 2 sureties in like sum by Justice Anifowoshe who adjourned the case until the 17th of January 2018 for hearing.