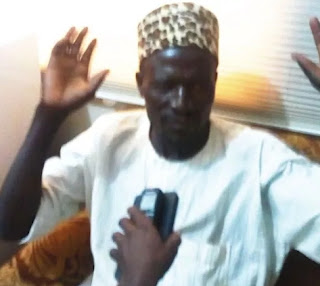 December 27, 2017 – Man Impregnates Mad Woman On His Farm In Katsina, Confesses To Police

A farmer who landed in Police detention after he was caught sleeping with a mentally unstable woman on his farm in Katsina state has finally confessed.

Kamala Safiyanu, a 50 year old married father of 8 children based in Juno Village in Kankara LGA of the state was caught in the act on Monday after he lured his victim to his farm where he had sex with her.

According to relatives of the victim who reported the matter to the police, the accused had on several occasions engaged the mentally unstable woman in sexual intercourse which eventually led to the almost 7 months pregnancy the victim is now carrying.

Kamala who is currently in Police net has claimed ownership of the pregnancy as the mentally ill victim reunites with her family members.

Bus Conductor Bites Off Passenger’s Lip, Punches Him For Refusing To Pay Fare In Ilupeju Lagos
Shock As Woman Cuts Neighbour’s Head With Razor Blade During Fight In Ajegunle Lagos