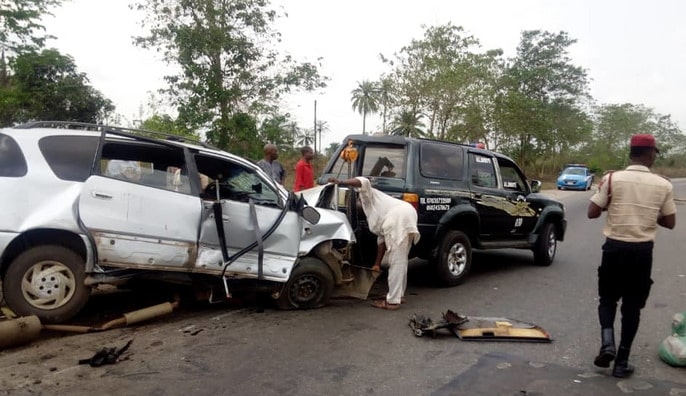 At least 5 people died over the weekend with 9 others injured after a Toyota Hiace bus crashed at Sagamu, Ogun State.

The crash, which occurred near Danco Petrol Station around 9:20pm, was caused by speeding, it was learnt.

The five who died were passengers on the bus with plate number LSR642XB.

He said those who sustained injuries were rushed to Olabisi Onabanjo University Teaching Hospital (OOUTH) Sagamu while the deceased were deposited at the hospital’s mortuary.

“It was a lone crash and the cause was speed violation. We cleared the obstruction same night to allow free flow of traffic,” Oladele said.

“We commiserate with families of the victims and at the same time urge people whose relatives travelled with the bus to contact the Ogun FRSC command or OOUTH for details on the crash.

“Once again, we are emphasising the need for motorists to drive cautiously within the recommended speed of 50km/h at construction sites. Passengers in vehicles driven recklessly should caution their driver and where such driver refuses, they can call the FRSC toll-free number 122,” he said.