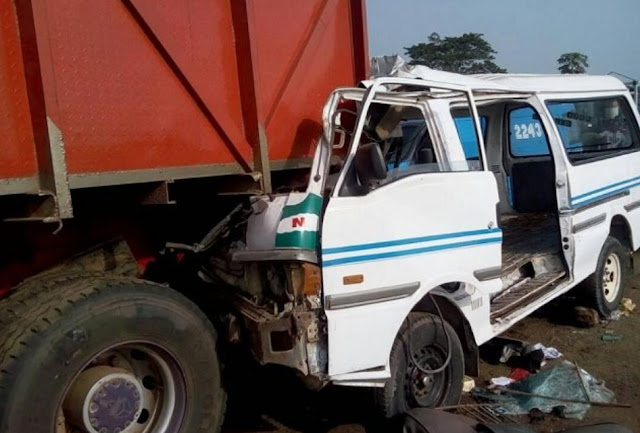 At least 5 persons including a baby died yesterday in a motor accident that happened at the Ogere axis of Lagos Ibadan expressway.

13 other passengers were said to have sustained life-threatening injuries after a bus heading to Lagos from Ibadan rammed into a trailer packed on the road side in Ogere Ogun state.

The driver whose bus lost control due to over-speeding immediately fled the scene of the accident when he noticed the bloodshed his reckless driving had caused.

He has been declared wanted due to the death of some of his passengers.

The 13 passengers who got injured in the fatal crash are currently being treated at Olabisi Onabanjo University Teaching Hospital in Sagamu while the corpses of the dead passengers have been deposited at a mortuary in Ipara area of Ogun state.