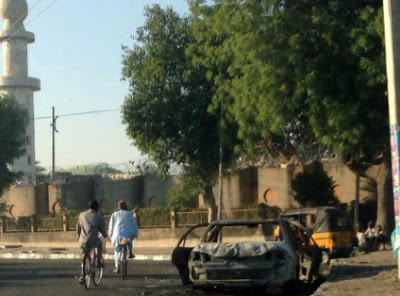 Several people died today when some Boko  Haram elements planted bomb on a road side in Madagali LGA of Adamawa state today.

According to NAN, 3 persons died when the bomb planted overnight by the road side exploded.

The Executive Secretary for Adamawa State chapter of NEMA, Othman Abubakar said he couldn’t get full details of the attack due to network failure.

“I received a call from Madagali LGA Council chairman about the incidence but due to poor network the conversation cut off. “I tried several times to reach him but it failed,” Othman said.