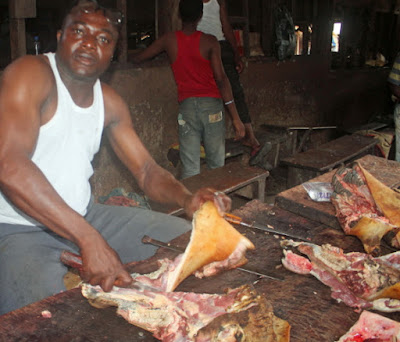 We don’t know how many of you received this message from a purportedly good Samaritan that meat sellers now use formalin to repel flies from meat. The message advised consumers to patronise butchers with flies around their meat as that is a clear sign of formalin-free meat.

According to the message on the social media, “People are using formalin, the chemical used to preserve dead bodies in preserving meat as it keeps flies away. When I asked a pharmacist, Capt. Kenneth, remember of UPDF, he said it is possible.”

Continuing, “This is a national public health issue. After my friend’s wife lost a baby through miscarriage and investigations showed the presence of formalin in her blood. When consumed, formalin goes to the liver and destroys it.”

Appealing to consumers, the author in the message stated, “Please, people of God, this is serious. When you go to buy meat, go to a butcher that has flies around. Use this as the only way to confirm that there is no formalin present. If the meat is without flies, what is keeping them away is formalin. Be informed. Share this information please and save life.”

Formalin is an acqueous solution of the chemical compound Formaldehyde. Basically between 35% and 40% solution of formaldehyde in water make formalin. It is used in the preservation of biological specimen and embalming in order to delay their decomposition.

It is popularly used in some Asain countries like Bangladesh to preserve fruits and vegetables and other food items. It is also used illegitimately to preserve frozen fish in countries like India. It is equally used as a disinfectant as it kills most bacteria and fungi. It is also used for drying skin before or after surgical removal of warts or where dryness is required. Also, it is used for treating excessive foot moisture.

Formalin is said to be most effective for the treatment of Iche diseased fish and controlling parasites especially in fish ponds, etcetera. A mixture of formalin, methanol, ethanol and other solvents makes the embalming fluid which is used to preserve bodies till funeral.

When the supervisor of the Lagos State Abattoir located at Oko Oba, Agege, Alhaji Idris, read the message, he was aghast and beckoned on some butchers to read the message.

“This is completely untrue,” said the supervisor who insisted on being addressed simply as Alhaji Idris. “How can we use formalin to repel flies from meat? Since my 40 years of being in this business, I have never heard or seen any meat seller applying formalin to meat.”

Alhaji Kamilu Adeleye, ak a Y30, a meat seller at the Abattoir, debunking the message, said it was totally untrue. “Fresh meat actually does not attract much flies and even when flies perch on meat we just use our hands to drive them away.”

One of the health officials at the Abattoir expressed surprise at the contents of the message, and cautioned people against believing everything they read or see on the social media. “It is completely unthinkable that meat sellers will use formalin on meat in order to fend off flies.

At the Ipodo market Ikeja, most of the butchers spoken to were surprised, while most just laughed out rightly at the suggestion that they may be using formalin to deter flies from meat. However, some of the meat sellers installed net around their tables in order to product the meat from flies and dust. The high net on the sides of the table has wooden sticks holding them together. It’s like an open cage with no roof and cover in the front and back.

Speaking with the reporter, a butcher known as Baba Ejima, raising a horse tail on his table, said that majority of them use horse tail or fans to drive flies out. “But you do not even have flies on meat unless the meat is about to spoil, in which case it will be emitting a bad smell.”

However, though meat sellers and government health officials have debunked this allegation of using formalin, one still must take some precautions.

Research reveals that formalin-contaminated meat will be quite stiff. It will also have a rubbery hard feel and will not have the normal meat smell so have all these in mind when shopping.

If by any chance you suspect you have bought formalin contaminated fruits, vegetables, meat or fish, add a cup of vinegar to three cups of water and spray on the products. Allow to stand for 30 minutes and then wash off thoroughly.

For fruits, another option is to immerse all fruits in a container of water for an hour before consumption. This will remove the formalin and have no effect on the taste. Remember to consume fruits treated this way soon, they will not last as long as their formalin-laden counterparts.

Also, one can rinse the food products in salt solution. Ideally, it should be one teaspoon salt for each cup of water. Rinse methodically in plain water afterwards.

Another way to rid fish/meat of formalin is to immerse them in tap water for an hour. By so doing, up to 60% of formalin will be removed but if you add salt to this water, up to 90% of formalin can be removed. A mixture of 90% vinegar and 10% water can completely remove all traces of formalin in 15 minutes but it may also affect the taste.

Though there is no proof that our meat sellers use formalin to repel flies, one still has to be vigilante. So to be on the safe side, avoid buying meat that is hard and stiff. Steer clear of meat that feels rubbery and hard when touched. Formalin-contaminated meat will not have the usual meat smell. Shop with eyes wide open.

The widespread of formalin in preservation of food products is a major threat to health. It is highly toxic, irrespective of the method of intake. Consumption of as little as 30ml of a solution containing 37% formaldehyde can kill an adult. Studies have shown a correlation between the chemical and leukaemia.