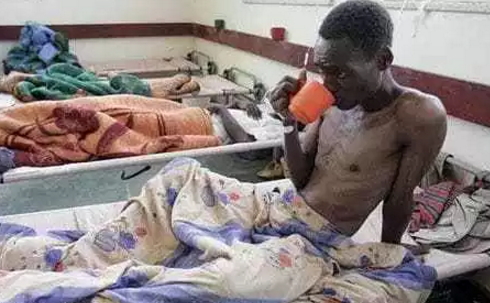 The death toll in the outbreak of cholera, at the Internally Displaced Persons (IDPs) camps in Borno State has risen to 20, even as the Nigeria Centre for Disease Control (NCDC) put suspected cases at 319.

The NCDC, in a statement, yesterday, said the disease has affected six areas in the state, with Muna Garage IDP camp, on the outskirts of the capital, Maiduguri, as the most affected.

The agency said the disease currently affects six areas in the state, with the Muna Garage Internally Displaced Persons Camp on the outskirts of the capital, Maiduguri, as the most affected.

He said that on August 16, 2017, the NCDC was notified of a possible outbreak of cholera in a camp for IDPs in Borno State.

After the investigation by the Borno State Ministry of Health, the World Health Organisation (WHO) and some other agencies, cholera outbreak was confirmed.

Ihekweazu said following investigation, led by the Borno State Ministry of Health, with support from the WHO and other partner agencies, cholera was confirmed by NCDC’s Central Public Health Laboratory in Lagos.

He also disclosed that NCDC has deployed a Rapid Response Team to support the state Ministry of Health in coordination, contact identification, tracing and laboratory investigation as well as case management.

He said that public health measures have been initiated which include the establishment of a Cholera Treatment Centre (CTC) in the affected camp and surrounding areas.

Ihekweazu also said strengthening access to water, sanitation and hygiene were other measures taken to curb the spread of the disease, adding that partners were working together to conduct a cholera vaccination of the state.

The CEO said that risk communications activities, using both conventional media and door-to-door enlightenment, had been reinforced. He said that 319 suspected cases and 20 deaths had been reported in the state as at Saturday.

“Cholera is a disease that causes acute watery diarrhea in children and adults.

“While cholera is endemic in Nigeria, we find an increase in the number of cases during the rainy season.

“The disease is most often spread by drinking water or eating food that has been contaminated and is more common in areas with overcrowding as well as poor sanitation and hygiene practices.

“Cholera is characterised by sudden onset of severe acute watery diarrhea which can lead to death as a result of dehydration,’’ he said.

Ihekweazu added that other symptoms of cholera include nausea, vomiting and weakness. He, therefore, urged members of the public to report any sick persons with these signs or symptoms to a health care facility immediately for early initiation of treatment. The official also advised health care workers to strongly practise universal care precautions while handling patients at all times.

“The NCDC urges all states to report cases of cholera immediately, while improving on the timeliness of their reporting generally to prevent widespread outbreaks,’’ Ihekweazu said.