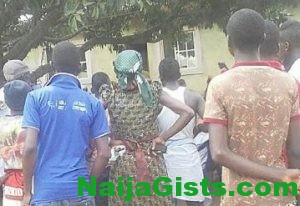 A Pastor serving at a parish of Christ Apostolic Church has been assassinated in Ondo state.

The victim of untimely death, one Pastor Akinroyeje Oluwarotomi died at the church’s mission house in Ago Gbooro area of Ore in Ondo state on Monday.

According to sources inside the church located in Odigbo LGA of the state, a gunman who wore mask forced himself into the church’s mission house where the deceased slept and shot him at close range around 1am.

The masked killer who didn’t steal anything from the deceased reportedly fled immediately after shooting him.

Ondo State Police spokesman Femi Joseph who confirmed the dastardly act said the family of the deceased are not cooperating with police investigators.