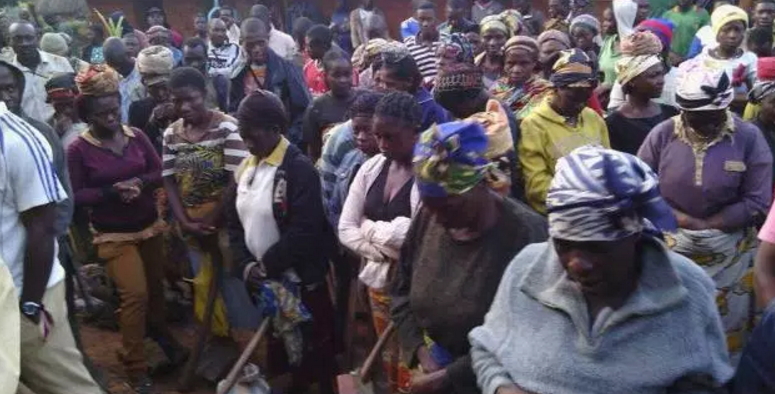 A new set of Nigerians resident in the ceded Bakassi in Cameroon, who returned yesterday, alleged that the neighbouring country’s gendarmes have killed over 90 Nigerians since Wednesday.

According to the Nation, about 130 returnees, who landed at the Ikang jetty in the New Bakassi Local Government Area, Cross River State at 2am in wooden engine boats, said they managed to escape.

They alleged they have lived under constant harassment from the Cameroonian authorities since the area was ceded.

According to them, the situation that led to their return started on Wednesday when the gendarmes allegedly asked them to pay N100,000 for boat engine fee.

One of the returnees from Akpankanya in Abana, Chief Umoh Umoh Inyang, who spoke Efik interpreted by Linus Asuquo Essien, recounted their ordeal: “The Cameroonian gendarmes have been harassing us so much. They destroy our things, destroy our boats, beat us up and shoot many of us to death. They make a lot of trouble for us in Akpankanya in Bakassi.

“They would not let us carry on with our lives and livelihood in peace. The sufferings we have received are so great we had to come back. They would not let us go to the sea for our fishing and in our houses where we were just staying, they came and asked us to pay N100,000 each for each boat engine. When we said we do not have such money, they started beating us up and shot a lot of us.

“We had to leave suddenly and so many people missed their children and members of their families. We got to this Ikang jetty around 2am today.

“So, many of our people have been held captive there. They have killed over 90 of our people. So many people ran into the bush and so many others are scattered along the waterway.

“We came in all these boats you are seeing here. We were over 2,000 that were scattered over there. Right now, we don’t know where so many others are. Some of us managed to land here around 2am. The others are scattered all over the place.

“We have about 137 that landed here in Ikang. The number is actually growing because we were 132 when we first got here.”

Also, Mr. Nse Edet Okon, from Akpankanya in Abana, who spoke through the same interpreter, said: “There was so much pandemonium. They destroyed everything. In 2008, they killed three people who worked with me. The government should come to our aid and resettle us properly in our own country.

“In 2008, they killed three canoe boys who worked with me while the rest escaped by jumping into the water. This time around, they came and told me to pay N100, 000 tax for boat engine. I said I don’t have that kind of money. That was why they started beating us.

“The Nigerian government should intervene urgently in this matter. Please, they should come and help. Let the international community like the United Nations (UN) also intervene in this matter.”