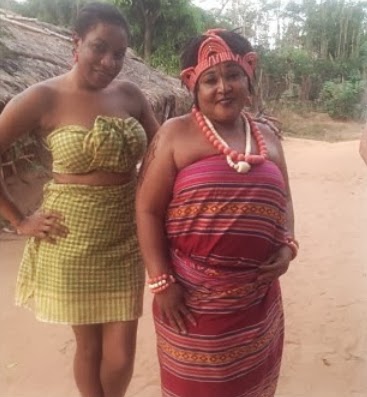 Veteran Nollywood actress Camilla Mberekpe who got delivered from the spirit of witchcraft under a mysterious circumstance at TB Joshua’s Scoan church last year has returned back to acting.

On the 28th of April, 2013, the actress confessed to witchcraft during a live service at the controversial prophet’s church.The actress later accused TB Joshua of hypnotising her.

Due to shame attached to her confession, she has been out of the spotlight since then.

Camilla Mberekpe was spotted on a movie location with star actress Chika Ike yesterday. She appeared to have gained a lot of weight.

See another photo from the movie set below: 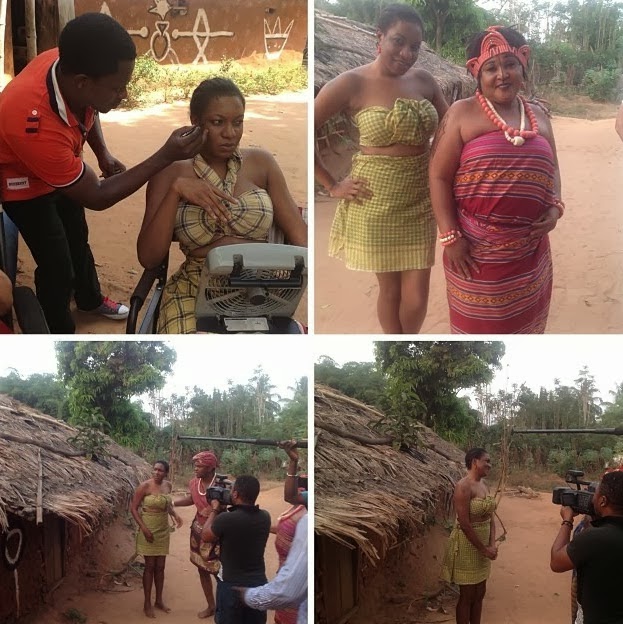