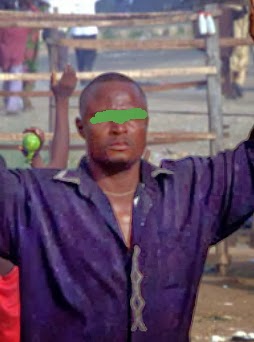 A 30-year-old man has been arrested in Benue state Nigeria over homosexuality.

Tarvhi Nyitse, a popular herbalist who resides at Naka in Gwer West LGA of Benue state was arrested on January 16 for raping another man.

Prosecutor James Zungwe told the court that one Terzungwe Yev reported the matter at ‘D’ Division Police Station on Jan 16.

Zungwe said that Yev told the police that his mother was sick and the accused who came to their neighbour’s house claimed he had the cure for the ailment.

Yev added that the herbalist then took him to the bush to get some herbs to treat his mother.

“He reported that he was surprised when the accused pounced on him there in the bush and forcefully had sexual intercourse with him through his anus.

“During police investigation, the accused was arrested and charged with unnatural offence punishable under Section 284 of the Penal Code,” he said.

He has pleaded not guilty but his plea was not taken.

The alleged gay herbalist is currently in police detention.