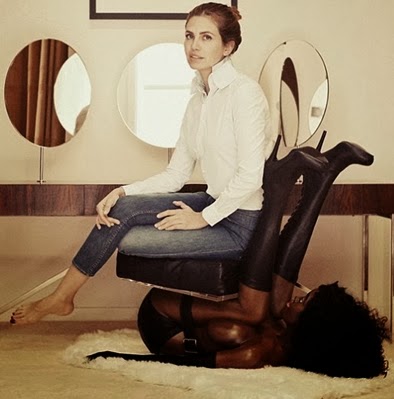 Dasha Zhukova, the girlfriend of Chelsea Football club owner, Roman Abramovich has been caught in a viral racism scandal after doing a fashion photo shoot sitting on a black woman mannequin chair.

The popular Romanian model came under fire yesterday after posting the above picture on her instagram page.

It coincided with MLK Martin Luther King Day and the outrage forced her to take it down and crop the picture . 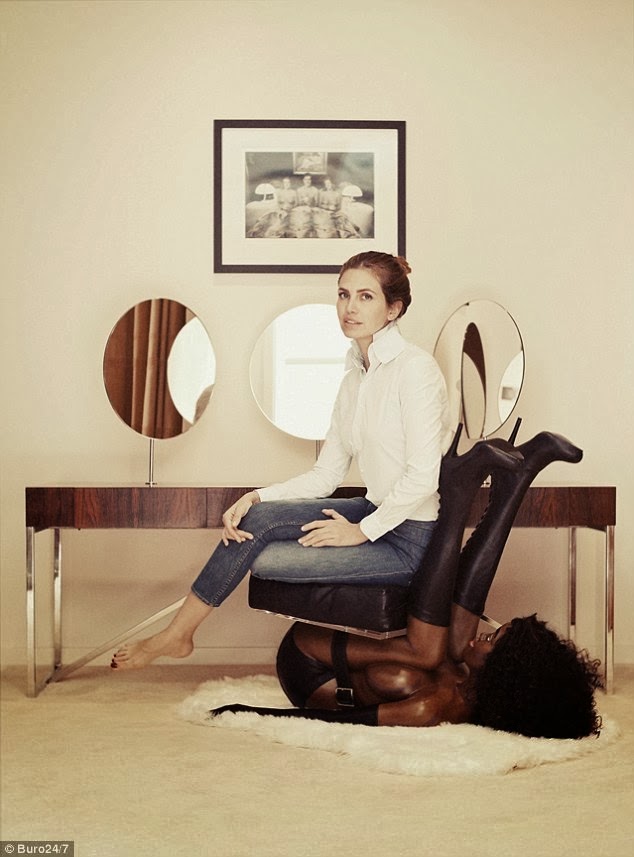 She has removed the photo from her instagram profile and offered a formal apology.

“This photograph, which has been published completely out of context, is of an artwork intended specifically as a commentary on gender and racial politics.

“I utterly abhor racism, and would like to apologise to anyone who has been offended by this image.” – Ms Zhukova said

Racism aside, that chair looks creepy. What do you think?