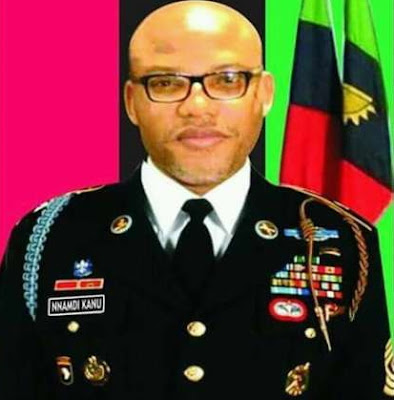 The Independent National Electoral Commission (INEC) has fixed November 18th, 2017 as the date for electing a new governor for Anambra State. The Indigenous People Of Biafra (IPOB), under the leadership of Nnamdi Kanu, has declared that the election will not hold. IPOB in a post on it’s Radio Biafra Facebook page on 16/07/2017 said ” 18th November 2017 is a sit at Home in the whole of Anambra state. Please stay indoors on that day to avoid anything happening to you. We are aware that Willie Obiano has colluded with Nigeria military to slaughter our people on 18th of November 2017, to avoid causalities we advice you to stay at home. Your life matters. #Boycott the election. “.

On 4th of July 2017, IPOB made a similar call for all people of Biafra land to stay at home, as a form of protest to compel the Federal Government of Nigeria to allow a referendum to decide the creation of independent Republic of Biafra.

Media reports indicated that the stay at home order by IPOB was largely successful in the Southeast states of Abia, Anambra, Ebonyi, Enugu, and Imo. Following the success of the July 4th stay at home order, Nnamdi Kanu and his IPOB loyalist declared that, there will be no election in Igbo land unless a referendum is allowed for Biafra.

The starting point of IPOB’s no referendum, no election battle is Anambra State. Can Nnamdi Kanu’s IPOP stop the November 18th Anambra governorship election? To answer this question, the scenarios that will occur in Anambra State between now and November 18th, 2017 has to be considered.

The Scenarios To Expect:
1. What Nnamdi Kanu and IPOB will do;
a. IPOB will engage in massive use of the social and mainstream media to intensify it’s call for the boycott of the election.
b. IPOB will carry out massive negnegative social media campaign against Gov. Willie Obiano, for the purpose of denting his image.
c. IPOB will continue with rallies calling for the boycott of the election.
d. IPOB will make claims that the military will shoot those that come out to vote on November 18th.
e.Overzealous members of IPOB will carryout disruption of campaigns by political parties.
f. Overzealous members of IPOB may engage security personnel in campaign venues.

3. What Governor Willie Obiano will do;
a. The Anambra State owned radio and TV stations will be used to promote his image, while Nnamdi Kanu and IPOB will receive sustain vicious attacks from the state owned media.
b. Members of the All Progressive Grand Alliance (APGA) who have benefitted and loyal to the party will do all in their power to ensure elections holds in their areas.
c. Traditional rulers loyal to the state government will ensure election hold in their domain.
d. It is in the interest of top government officials and political appointees to ensure the election holds in their domains, this they will do.
e. APGA in Anambra State and Gov. Willie Obiano’s allies have the financial muscle to work for an election that will turn out in their favour.

The November 18th governorship election is for the people of Anambra, is it in the best interest of Anambra people to be without a sitting governor? The worst case scenario that will occur, if no election holds in Anambra will be for the Federal Government to impose direct rule of the State by appointing an administrator answerable to the Federal Government. Is that what Anambra people want?

Nnamdi Kanu and IPOB have the fundamental human right to protest and express their thoughts and opinion. The people of Anambra have the right to partake in an election without harassment and intimidation.

Citizens of Anambra State who decide to boycott the election and stay at home should know this: the constitutional requirement to elect a governor for Anambra State is for a candidate to score the highest number of valid votes counted, and to have a minimum of 25% of votes in 14 Local Government Areas.

The provisions of the Nigerian electoral Act does not require all registered voters to vote for an election to be valid.

IPOB and Nnamdi Kanu cannot achieve 100% boycott of the election, the best IPOB can achieve is a low voters turn out, and this will not stop INEC from declaring a winner.

Video: Davido Slaps, Beat Up Olakunle Churchill Brother For Refusing To Hook Him Up With A Girl
Professor Anthony Elujoba: A ‘Village Chemist’ And An Uncommon Administrator