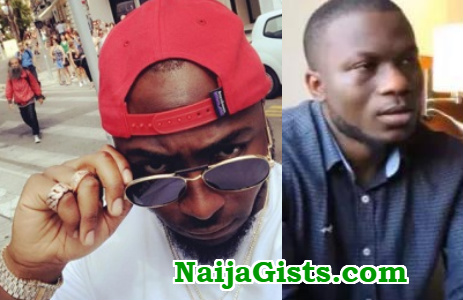 July 20, 2017 – Video: Davido Caught Beating Olakunle Churchill Brother Tokunbo Churchill For Refusing To Hook Him Up With A Girl In London

A very disturbing video of singer Davido beating up Tokunbo Churchill, the younger brother of Big Church Foundation CEO, Olakunle Churchill has resurfaced 2 years after the attack happened in London.

According to Chinny, Tokunbo allegedly promised to hook up Davido with a beautiful biracial lady named Suniat  in London but when he failed to fulfill his promise, he was beaten to stupor by Davido and his gang members.

Check out the viral video below.

This reportedly happened two years ago but the video recently surfaced online to show Nigerians who Davido really is.

This explains why the hip hop artiste has baby mamas all over the place.