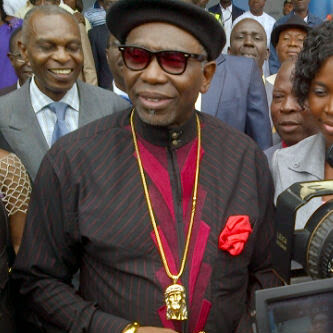 Christian Association of Nigeria (CAN) President Ayo Oritsejafor has filed a suit against Lagos State Governor Babatunde Fashola over alleged plans by the government to demolition his church in Victoria Island.

In the suit before Justice Deborah Oluwayemi the Incorporated Trustees of Word of Life Bible Church, prayed the court for an order of interlocutory injunction restraining the state government from demolishing, destroying, dispossessing or forcibly ejecting the church from the property.

The church averred that after applying for building plan approval from the respondents and it was not forth coming within the regular period, the claimants through Pastor Orisejafor made due enquires, wrote several letters and held meetings with the former and present governors, Bola Tinubu and Babatunde Fashola respectively.

The claimant argued that in March last year, it received a letter from the defendants directing them to submit some certain documents to facilitate the process of the approval of the building plan which it complied with.

But while it was still awaiting the building plan approval in order to continue with the building, the claimant said it suddenly discovered that the defendants had pasted a certain contravention notice dated January 20 on its fence.

According to them, the notice alleged absence of development permit, as the ground of seeking removal of the building on the land within two days.
In their counter affidavit, the defendants alleged its action was generated by the claimant’s refusal to comply with rules and regulations.

It averred that the claimant commenced the erection of the structure on the said property without first obtaining a development permit, adding that the church did not wait for the approval, rather it continued with the construction of the building.

The state told the court that the claimant did not provide all that was required to process its development permit.

However, the matter was abruptly stopped after the church’s lawyer, Ndu Nwolocha, prayed for an adjournment to enable him reply to the defendants counter affidavit.
The matter has been fixed for January 13 for continuation.