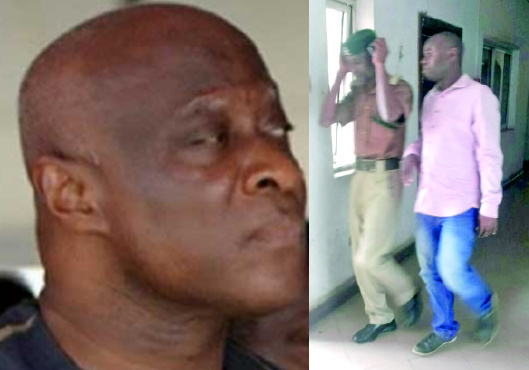 The family of Regina Iheanacho, the 32-year-old woman murdered by her husband Nkem Iheanacho has found peace.

After a 4-year-legal battle, justice has come for the Regina’s family.

More importantly, her corpse, which had been in the mortuary all through the four-year trial of the suspect, can now be finally buried.

Nkem was arrested by the police for killing his wife at their residence, No 3 Calvary Street Iyana Isashi Lagos, and charged to court by the state government, for committing the offence, contrary to Section 227 of Criminal Law of Lagos State.

In sentencing the convict, Justice Adebiyi said that Nkem being an educated man had knowledge of the implications of his action. The court held that the convict had responsibility to take care of the deceased and not to turn her into punching bag or treat her like animal.

Allocuting for the convict, his lawyer, Mr. Spurgeon Ataene urged the court to temper justice with mercy and give the convict another opportunity given that he has three children.

Responding, the prosecutor, Ms Olusoga urged the court to do substantial justice in the case. Counsel to the family of Regina, Silas Udoh, while briefing journalists expressed joy over the outcome of the case.

He said: “I am very happy that justice has finally taken its full course because many people thought that the case would be swept under the carpet. Today will be exactly four years our daughter was killed and she is still in mortuary while we are here seeking justice for her before burial.”

Also commenting, National President, Association of Akwa-Ibom and Cross River State, Etubom Unyime Samson, said: “I will say it is a fair judgement. Even though it took a long period. I know when we first took the case to court, we received threat of being killed and kidnapped if we should carry on with it. But today it is a dream come true for us.”

He said although they were not legally married under the law but where living together and the deceased bore him children (two boys and a girl) we even learnt from the witnesses, a sister of the deceased, who testified for the prosecution, the victim defecated twice before she was strangulated to death.

He added that the autopsy report proved that there were marks all over the body of the deceased.

Mrs Nsikak Ukpanam, Personal Assistant to the wife of the Akwa Ibom State governor said this would serve as a deterrent to young men who beat up their wives. “We have taken it as a duty to help our people here at home and in Diaspora to maintain our slogan, Daakada, which means to stand up for good and speak out against injustice,” Ukpanam said.

Justice Adebiyi said her judgement is to serve as a lesson to others who are fond of committing domestic violence to stop such act.

Continue Reading
You may also like...
Related Topics:engineer, lagos, wife