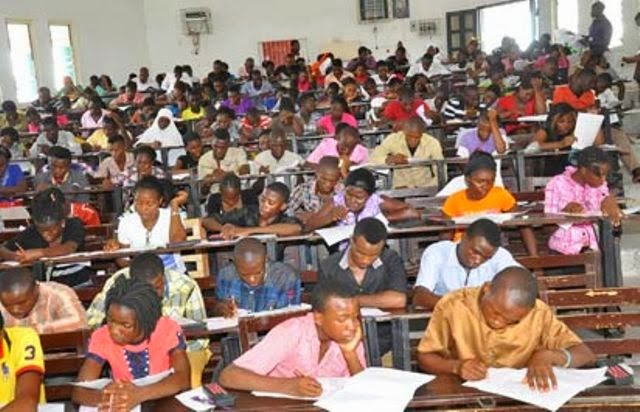 A lot of mass failures in various examination are now been recorded yearly. The recent 2014 WAEC results have shown that over 68 percent of the 1.6 million candidates have failed either Mathematics or English – which are prerequisite for getting admission into any tertiary institution in Nigeria as against 65 and 60 in 2013 and 2012 respectively.

Only about 30 percent got five credits including Mathematics and English. That was against 35 percent and 38 percent for 2013 and 2012 respectively. Also, about 8.4 percent of the results was nullified. Even the traditional NECO that students passes with flying colors is now in comatose.

The NECO 2014 results shows that over 52 percent failed in either Mathematics or English. UTME use to a failure for most students every year. 2014 was not different. Though it both paper and computer tests were used to asses the students, but still over 60 percent scored below 180. Even in our tertiary institutions, the cases of spill over and students graduating with pass degrees are on the increase. The questions that one to ask him himself, th teachers and the students are, why this mass failure? Causes of the failure? How can we remedy them?

In my own assertion as a one time volunteer teacher, I believe the following are among the major problems:

1. Lack of quality education, educators and learning environment. The teachers are half-beaked graduates that are also product of corrupt teachers and schools. The environment is not favourable for learning. Twenty students par twenty foot square room.
2. Lack of well and proper examinations standard. Different schools with different curriculum. WAEC standard, NECO standard etc
3. Lack of robust and articulated orientation for the students. Many students do not know the format of UTME, NECO etc. They thought it was like their ordinary school exams.
4. Effect of social networks and media. Even during the time of examinations, one will still see students online. Whether on Facebook, Twitter, 2go etc. People from thirteen years are allowed to register on this networks. Therefore, they spend most on this networks. Instead of them “facing their books, they eventually ended up on Facebook”. “while they are suppose to go to class, they spend their times on 2go. Etc other factors include lack of determination of students to succeed, motivation from parents, teachers etc

All those problems among many other can be remedied. The first answer to avoiding mass examinations failures lies on the qualitative teaching and learning materials and environment. Also, in the national education policy, conducive environment, including feeding, recreation should be ensured among the basic for conducive atmosphere for learning.
Before taking school teachers, their ability to impact the needed knowledge should be a top priority not just certificate. That is very imperative for the promotion of knowledge.

Regulation of access to social networks in schools – especially during study, lectures and examinations times.