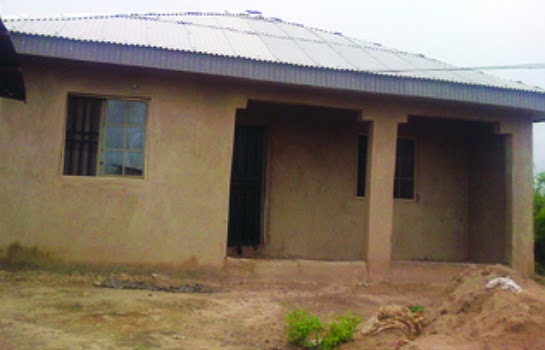 A Prophet with a Celestial Church of Christ, the Gethsemane Parish in Ikorodu Lagos has died.

The prophet and his pregnant wife had gone to settle a domestic dispute involving church members but they didn’t return home.

Their children reported the case to a nearby police station and days later the Prophet and his wife and the couple were found dead at their home in Otugbua area of Offin Ile in Ikorodu, Lagos

The sad incident was confirmed on July 2nd when the prophet’s children. The deceased children said that their parents left the house on Saturday June 28 for the couple’s resident opposite the church.

Nobody could ascertain the cause of the death but our investigations revealed that the couple may have invited the clergyman and his wife to help them settle a misunderstanding as neighbours said the couple always fought.

The four of them were found dead with their bodies already decomposing days later when the neighbours, with the help of the police, forced the door to the man’s home open.

“Nobody knows what caused their death to date because their bodies were buried by the policemen who came from the Igbogbo Police Station, almost immediately after the discovery was made that Wednesday.” – said an eyewitness

Hmmmm what a mystery!