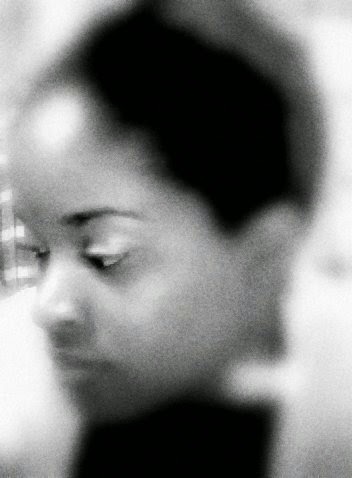 July 10, 2014 – “Nigerian Police Are Armed Robbers’ – Lady Narrates How Her Brother Was Robbed By Policemen In Orile Lagos

A Twitter user with handle @beeliva few hours ago took to Twitter to express her concern over police brutality in Orile area of Lagos.

Check out what the lady said:

Ok. So I’m about to tweet some stuff about the Nigerian Police.I’m fed up with their misuse of power and the thieves masquerading as police.

So my brother was on his way to the market in Orile to pick up some stuff for a little studio he is trying to set up
He was stopped by the police as he was about to board a bus at orile. The man started to pat him down asking him where he was going

As soon as he felt the wad of cash in my brother’s pocket, he told him to follow him and board their vehicle. My brother asked him why.
As soon as my brother did, the fool signalled to the other policemen and they came up, and beat up my brother &put him in their bus.
They drove off in their bus & pointed a gun at his thigh telling him that they know his a robber,took the money from him

Asking him, “oya! Bring the gun!” All this while, they held on to his phone. They told him they didn’t want to kill him even though they
Knew he was a robber. They drove up to some place pushed him out of the bus, threw 200naira at him (that they found in his pocket)
And his phone too, and told him to basically get lost. That if he told anyone what happened, they’d shoot him &say he was an armed robber

My brother worked HARD to get what little money he could &try to set up a studio and be the killer-producer I know him to be.
To be robbed like this so blatantly by the ones who are supposed to be trained to protect, IS NOT RIGHT!!!!

This is not the first time. They have stopped him and harassed him some years ago. He got away unscathed that time, thank God.
This time, they beat him. I can only thank GOD that they didn’t shoot him or kill him.
They killed a friend of mine a few years ago in Lagos too. And they said it was robbers that killed him.IN THE MORNING! @ a bus stop

Who can I talk to? Who will help? I am pained! I am angry!!!!!!!!! I can hear myself screaming in my head. This cannot go on now!!!!!!!
He was stopped by the police as he was about to board a bus at orile.The man started to pat him down asking him where he was going@PoliceNG

@beeliva I was robbed too by armed Nigerian policemen at Lagos checkpoint on my way home when I was still working with KPMG. They r thieves.

I read @beeliva’s TL & shook my head.Those idiots once accused me, @Tolulondon & Femi of robbery. Tolu will never forget that SLAP!

Lord have mercy can this be true… What if these are robbers in police uniform????

Orile area of Lagos is a dangerous hideout for criminals.

The thieves there rob in the daylight they have no fear for police or even OPC.. They are armed and dangerous.

This is the same place where Cossy Orjiakor was robbed.

Proper investigation must be conducted to know the truth.