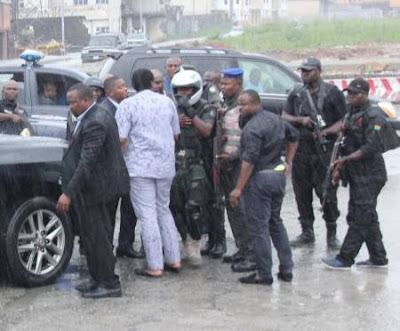 A bloody clash was on Saturday recorded in Port Harcourt, Rivers State between the security convoys of Governor Nyesom Wike and that of the Transportation Minister, Rotimi Amaechi.

Security officials of Governor Wike allegedly attacked the convoy of the Transportation Minister.

Amaechi’s escort details were, however, unlucky during the 3 p.m. attack, as one of them, Sgt. Eteng Ewelu, was battered, with blood on his face, while the AK-47 rifle of Sgt. Princewill Ubaji was snatched, while being forcibly disarmed.

Wike, through his Special Assistant on Electronic Media, Simeon Nwakaudu, in his reaction, however, claimed that personnel of the Federal Special Anti-Robbery Squad (F-SARS) and soldiers attached to the minister of transportation attacked his convoy, while allegedly attempting to assassinate him.

Report of the sad incident was immediately lodged at the State Criminal Investigation Department (SCID) of the Rivers Police Command, headed by Zaki Ahmed, while Ubaji’s rifle had not been recovered, with Ewelu and other injured policemen still receiving treatment in undisclosed hospitals in Port Harcourt, as at press time.

When contacted for his reaction through the telephone yesterday evening, the Rivers Police Public Relations Officer (PPRO), Nnamdi Omoni, a Deputy Superintendent of Police (DSP), stated that he would find out the details.

He asked our reporter to call back in ten minutes, but when contacted twice, after thirty minutes, he did not take the calls, and he had not called back, as at press time.

“The governor, who was on project inspection, was attacked at Nwanja Junction on Trans-Amadi Road. The SARs personnel and soldiers in the minister’s convoy hit down the governor’s escort rider and attacked the policemen in the pilot car. Mr Debewari, Aide-de-Camp (ADC) to the minister of transportation, supervised the attack, which included damage of cameras held by journalists.

“Also part of the attack was the Commander of F-SARS in Rivers State, Mr. Akin Fakorede (a Chief Superintendent of Police), who received the minister of transportation at the Port Harcourt International Airport and accompanied on his trip.

“After the attack, the Rivers State governor continued with his inspection of projects. Governor Wike was not harmed, despite the attack. The minister of transportation had over 50 personnel of F-SARS, soldiers and mobile policemen in his motorcade.”

The reaction of Amaechi’s Spokesman, David Iyofor, was still being expected as at press time. 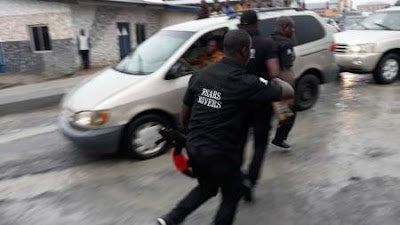 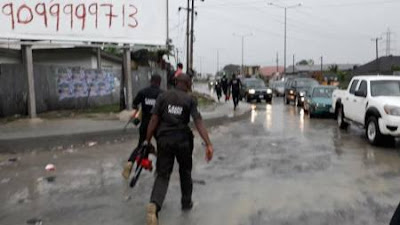 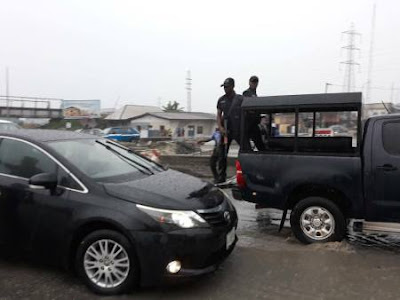 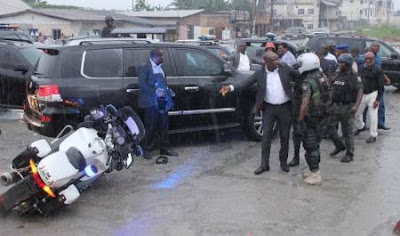 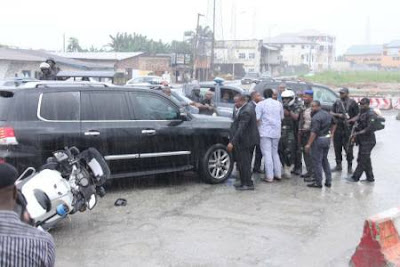 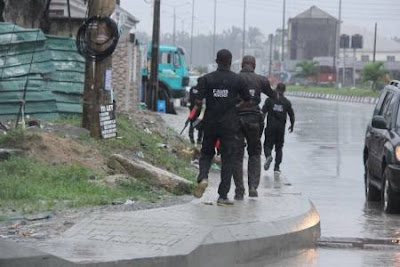 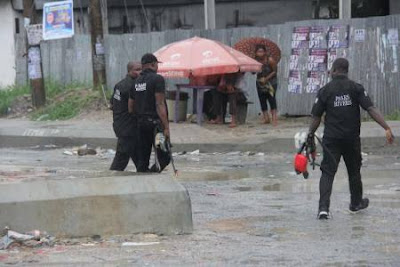 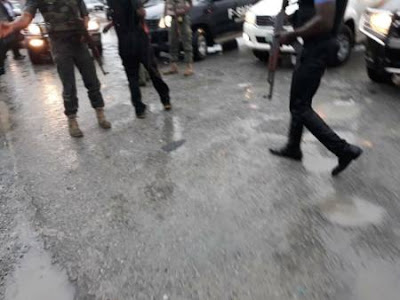 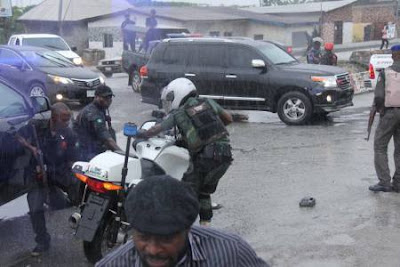 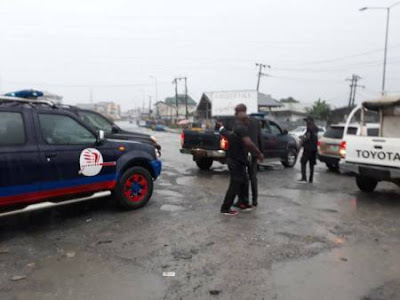 Benin Man Who Sent Wife To Italy For Prostitution Disgraced As He Attempts To Marry Another Wife
How Wike’s Security Officers Almost Shot Amaechi, Pointed A Gun On His Head & Beat Up His Escort