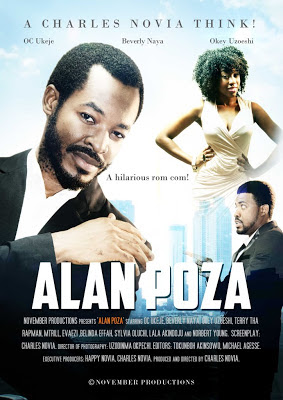 The highly anticipated movie produced by ace Nollywood film director, producer and the author of Nollywood Till November Memoir, Charles Novia is set to premiere on March 10th, 2013

The movie titled Alan Poza will debuts at the New Filhouse Cinemas located inside Leisure Mall in Surulere Lagos on Sunday March 10, 2013

‘ALAN POZA’ is a hilarious youth romantic comedy which explores the emotional adventures of a young music label executive and his daily grapples with the temptations in that sector.

From award-winning Producer/Director, Charles Novia, this movie comes from the November Productions stable.