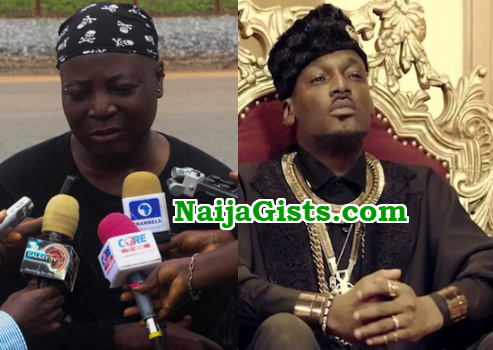 It seems Charly Boy is looking for an avenue to unleash his anger after his attempt to protest Buhari’s prolonged absence met strong resistance at Wuse market in Abuja on Wednesday.

The 66-year-old was almost beaten as his car was vandalised by supporters of President Buhari.

He would have been lynched if not for the prompt intervention of police.

On the night of the attack, Charly Boy took to the social media to challenge 2Baba for refusing to join his anti Buhari movement.

In the video, Charly Boy said;

“My guy 2face, I am not happy with you. Since I couldn’t reach you directly, I decided to reach you through this medium. Do you remember when you called on Nigerian youths to come out and protest? We obeyed because we thought you had a good intention to stand up to the injustices against the youths and masses of this country. But, as you retreated into a hole since then, I am very pained. If a beckon of hope like you can be lily-livered when people need you more, what is your problem?

“2face are you happy with the way Nigeria is headed? Are you saying you have not heard about the resume or resign protest, why are you not involved?”

Charly Boy who is yet to get a response from 2baba also lamented the absence of his colleagues at the protest.

Jim Iyke was among the celebrities who joined the protest on Monday but didn’t return.