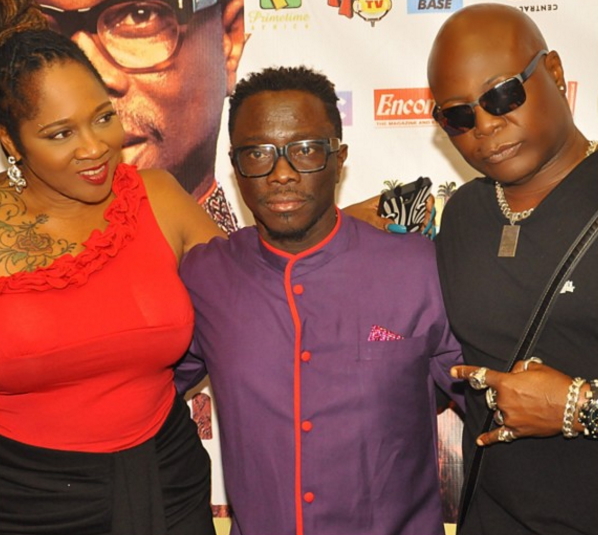 Haba Julius, Where’s The Genius??!!
Julius Agwu is my friend and a brother, one of the many comedians I have encouraged in their careers through the years. When I lost my buddy, my father, he was there to give me all the moral support I needed. I love Julius as much as some great Nigerian comedians, artistes and actors that have passed through the University of CharlyBoyism, who are now doing pretty well in their respective fields.
I was at my guy’s LIFE AS I SEE IT show with my family at the Transcorp Hilton Abuja on February 14, 2016.

Mehnnnn, was I bored to tears!!!
First of all, the show that was billed to start at 4pm didn’t start till around 8.30pm, and wouldn’t you expect that such a show already starting so late would compensate the audience by blowing off the roof with powerful rib-crackers back to back? For where!

I wasn’t sure whether we were at a musical/comedy show or in a pentecostal revival ground.
We had trickles of respite when other artistes did their thing but each time Julius came up, it was like he was on a mission to convert us sinners in the hall. He kept preaching, oblivious of many people’s disapproval, boredom and disgust for turning a comedy show into a sermonized gospel rant and chant. Kai!

I understand what my brother must have gone through when he had to be flown abroad for his brain surgery. As he told me before the show started, “Charly, I almost died, I was actually being wheeled to the mortuary before God’s intervention”. I am sure all that incident must have been very traumatic for my dear friend who felt he had to give thanks to the Lord for keeping him alive. Yes o, I agree, we all need to constantly do that because without God’s grace and mercy, who for dey alive?

However, the fact remains that people came there for the sole purpose of laughter, not to be preached at, after-all, the Christians in the building would have gone to Church earlier that day, being a Sunday. Abi?

We had people of different religions, denominations: Muslims, Crossbearers, Bhuddists, even Atheists in the hall that night, who didn’t come to worship but to be entertained.

As I peered into some people’s faces, I could read their strong objection and disdain about how the night was turning out.
Julius should have been sensitive, biko.

There were a few high points of the show though, when the likes of Bovi and Akpororo took control of the microphone. They were good! Very good.

My dear brother, it is good to have a grateful heart when the Lord delivers one from the jaws of death, but a comedy show is not a revival and the people in the hall can’t all be Christians.
There are many people also that the Lord has saved, giving thanks therefore, should be a personal thing with your Maker; don’t get it twisted with comedy.
I felt ripped off.

God has also saved people like us and we are grateful for what He has done in our lives, but we don’t go round terrorising people with Bible verses and the word of God.
And just in case you want to start your own church, all well and good for you but biko, don’t do it on the heels of people who have paid their hard earned money to watch a comedy show, either alone or with family and friends.

My brother, I no yab you o, I just advice you as my person. Next time let the comical genius in you come out not the preacher.