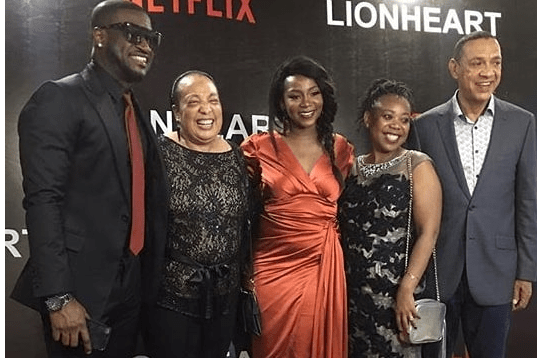 An open letter by Faranpojo Olaitan

SO good to hear from you. I hope all is well.

Yes, there were a lot of stories about the Lion heart situation. My first reaction was – why do people take the Oscars so seriously?

It is a very artificial system that rarely results in the best movies or performances being recognized. The people who vote are not really experts on film, just people from the industry.

The obvious reason is that there is a financial benefit to winning an Oscar.

This means that people have done some very improper things over the years to attempt to influence voters. Miramax (Harvey Weinstein) was notorious for spending millions of dollars to influence voters and then billing all those expenses to the movies – destroying the profits of many movies.

My second thought was, Lionheart was incredibly boring – why does Nigeria want this to be the film that represents them? I really didn’t like the movie, and I am sure that many other films from Nigeria would be more worthy.

Regarding the language issue, it is an artificial set of rules that is bound to hurt films from English-speaking countries. I am sure that New Zealand, South Africa and many other countries have felt like the rules were not fair to their local films. Clearly Lionheart does not qualify in the foreign film Oscar category based on the stated rules.

Regarding the language issue, it is an artificial set of rules that is bound to hurt films from English-speaking countries.

I am sure that New Zealand, South Africa and many other countries have felt like the rules were not fair to their local films. Clearly Lionheart does not qualify in the foreign film Oscar category based on the stated rules.

The Academy of Cinematic Arts and Sciences is probably not the best place to have a debate about the negative impact of colonialism. That is a very important topic that is not discussed enough, so if this gets people to talk about it, then that’s good, but I honestly don’t understand the argument.

The film is in English. A private organization (the Academy) gives away some awards based on a set of arbitrary rules. If people don’t like the rules, they don’t have to participate – let them compete for the Golden Lion, Silver Bear or Palme d’Or if they like the rules of those competitions better.

The argument from Ava is that the category should allow films in each country’s national language even if that language is English.

So, Lord of the Rings (New Zealand), James Bond Films (UK) and big budget features shot in Canada would all compete in the international feature category. Then everyone would complain that it isn’t fair for a $150 million studio movie is competing in the category.

Ava is a member of the Academy, so hopefully she will try to get the rules changed, but I would like to see what she thinks the qualifications for the category should be. If English was the language imposed by a colonial power, then it’s okay, but if it is the native language of the country, then it’s not.

That would disqualify England, but not Ireland, Scotland, Wales, Australia, Canada and New Zealand.

There are many battles that need to be fought to right historic wrongs, but I don’t think this is one of them.

I actually think that we have too many festivals already. I think having a world-class film festival in Lagos would be great, but that is very difficult and costly to produce.

I saw a presentation last week by the head of the NFVCB, despite the growing number of screens, box office for all but a few local films is still very low in dollar terms. They were trying to convince people that Nigeria is potentially a strong market for films, but, to be honest, it just isn’t at this point.

From the hundreds of films produced in Nigeria every year, it appears that very few make money, and those make money because Netflix buys them or they have special deals with the distribution companies, who compromise alot of stuff for them.

To the disadvantage of other films. Some filmmakers receive sponsorship and hold VIP screenings. I do hope to know how much revenue they make on VOD? Do not think VOD or TV will ever provide any substantial revenue? I think Nigeria needs to start using film quotas to encourage cinemas to play local movies more.

Am looking forward to a day the NFCVB, NFC, NCC, CBN, Ministry of information and culture, Ministry of Youth will sponsor our film festivals, so that our best films can screened outside Nigeria.

About the author: Faranpojo Olaitan is the CEO and Festival Director of Gospel film festival

Continue Reading
You may also like...
Related Topics:boring, lionheart movie