For Comfort Oluwaseun Adebowale, Marriage is for better for worse. This principle has been her guiding Philosophy since she walked down the aisle with her husband of 15 years Olorode Abimbola Gbenga a teacher in Abeokuta Ogun State.

Comfort decided to love and give him a chance when they met in 1999 though he was a nobody then, his parents were late and his family abadoned him to fate and harsh realities of the society. She was the one paying the bills and sponsoring him in school, in her words” I did it for love believing I was investing in the future of the man That I loved And wanted to spend the rest of my life with” 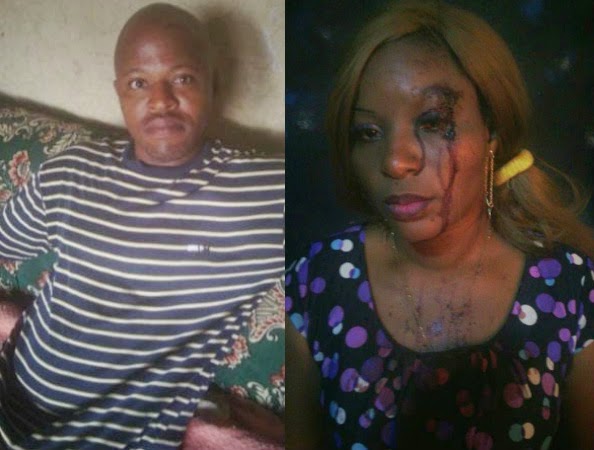 Things took downturn in 2008 when the husband got a Job and then his behavior changed, he started keeping late night, started behaving funny, answering calls from unknown women and then the worse of it, she became his punching bag

I was enduring, hoping and praying that he will change, I cried to God in the night to touch his heart and bring him back home but it seem that things were getting worse she told me in an emotion laden voice

My husband of 15 years decided to rub it on me by dating my friend, a prophetess in our church and the wife of the shepherd of Christ Anointed & Miracle Church Aregbesola Eleweran Abeokuta, Temitope Adeniji.

In a telephone conversation with this reporter, the battered woman narrated that the husband and the prophetess started dating late last year and then afraid that Karma will catch him, he directed her not to respond, greet or be found talking with the man he snatched his wife who is incidentally the good shephard of their church, Pastor Samuel Adeniji, Good Shepherd position akin to a pastor in modern pentecostal church

A directive that she disobeyed on Saturday 3rd January 2015, On her to the market, she saw the Pastor that the Husband snatched the wife sitting in front of their church, she stopped to greet him and and before one could say Jack Robinson, the Husband appeared on the scene and what happened next looks like a horror straight from Nollywood Film

The enraged husband slapped her in public and if that was not enough, he picked a stone from the ground and smashed it on her fore head, raining unprintable words on her and cursing her to die.

When I asked her whether she has reported the matter to Police, she said yes she has done that only that his Father-in-Law ACP Olorode Timothy retired as a policeman and the husband has been using that influence to stop the police investigation from going on

Oluwaseun Comfort Adebowale can be reached on this number 08122174991 for further assistance and help.
[Reported By Barrister Chukwudi Iwuchukwu]