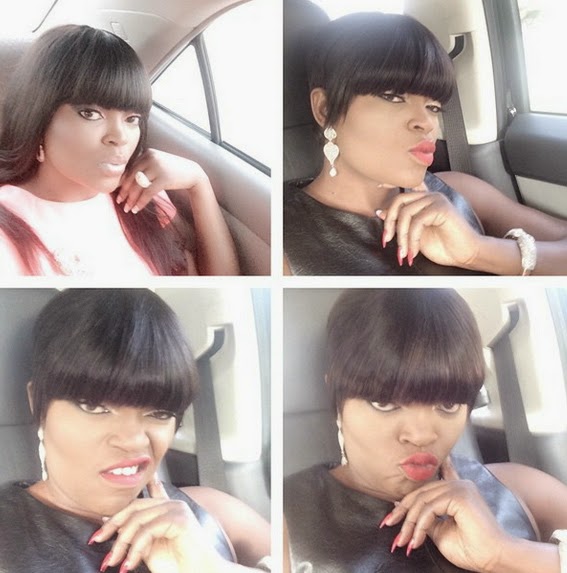 Nollywood super star Funke Akindele has joined her colleagues currently cashing in big time with their own reality TV shows.

The actress is set to rule the charts in 2015 with a three in one entertainment show.

As we speak, she is rounding up the production of her Jenifa reality TV show, Radio talk show and TV series.

On why she made the move, the Omo Ghetto star said:

“I actually wanted the character to take a deserving rest but I’m amazed that many years after, the Jenifa’s character still resonates. Anywhere I go, it is welcome, and people love to see, hear that part of Jenifa in me. I want to believe that my potrayal of Jenifa this time will be loved more by the viewers of the drama series. There will be more chemistry with co-actors. I must quickly add that a good number of actors in the original Jenifa are involved; alongside new faces and that will be the highlight of the show.”

Entertainment critics claim Jenifa’s show is likely to be the most entertaining TV show of the year.

Funke Akindele is set to join the growing list of Nollywood celebrities like Omotola Jalade, Jim Iyke, Monalisa Chinda and Chika Ike who are into talk showbiz.