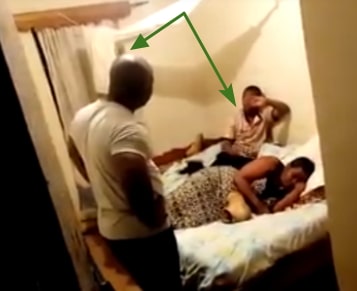 A married man, Mr. Ifeanyi Nwokwu, and his concubine, Mrs Nkechi Ucha, have been found dead inside a room in the man’s compound at Umuezeoka Umueze in Effium, Ohaukwu Local Government Area of Ebonyi State.

A Source from the village who does not want his name in Print told The Oracle Today that their corpses were found at about 8pm Monday, in one of the rooms of Ifeanyi Nwokwu, a new house he built, after a search by the wife.

The two Lovers were allegedly killed and locked up inside one of the rooms,said the Source.

“Both of them were found dead inside the man’s room. The room was looked up from outside. And looking at the corpses, you could understand that they were killed, because there were injuries on their bodies.

“This is a worrisome development as this is not the first time we are witnessing this kind of ugly incident, sometimes last year, a similar incident happened where armed robbers killed a young man in this same Umuezeoka Umueze community and till now, the perpetrators of this heinous crime have not been brought to book”, he said.

The Oracle Today further gathered that prior to the incident, late Ifeanyi Nwokwu and another man identified as Mazi Ozoigbo, were allegedly battling over who would win the heart of the widow, late Nkechi Ucha whose husband died over 20 years ago.

Some suspects have been arrested in connection to the incident including Mazi Ozoigbo, while the corpses have been deposited in the mourtary.