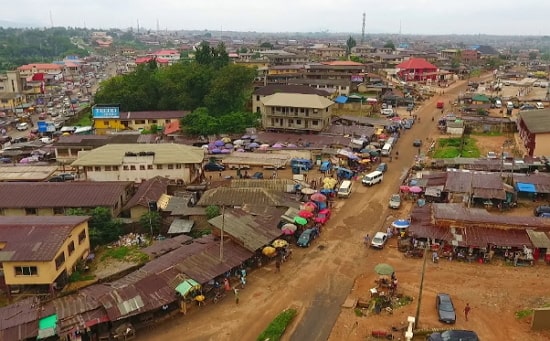 Chaos took over the Amuda Oba area in Modakeke Osun State early this morning when a man identified as Kamoru Ajibola and his friend, Ismailah Mohammed, chopped off the left wrist of a 29-year-old man, Tunde Ajayi.

According to The Nation, the ugly incident happened around 4 am at Ajayi’s residence when Ajibola and Mohammed attacked Ajayi.

A resident in the area told the Nation Ajayi confronted Ajibola he was having sexual affairs with his wife, Kemi.

It led to a heated argument between the parties before Ajayi’s wrist was chopped off.

“The issue has been on for a while which everybody believed that Kemi is having extramarital affairs with Ajibola.

“But this morning, Ajibola and his friend came here to attack the husband of Kemi, thereby cutting off his left wrist.”

“On 25 May 2020 one Tunde Ajayi of Amuda Oba was attacked at his residence by one Kamoru Ajibola and his friend Isamilah Mohammed. Earlier, Tunde Ajayi had heated argument with Kamoru over an allegation that he was dating his wife.

“The two suspects have been arrested and the investigation is ongoing. The Commissioner of Police, Mr Johnson Kokumo has said anyone found wanting will face the full wrath of the law.”