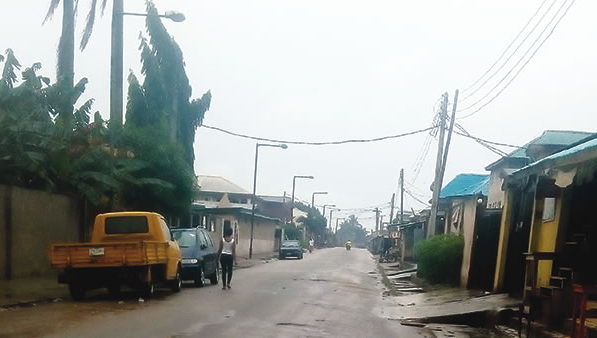 A woman identified as Josephine who is said to be the wife of a Lagos State socialite has died after sex romps with her boyfriend in a guesthouse in the Isheri Olofin area of the state.

We gathered that the victim had gone to the guesthouse with her boyfriend, Augustine Dunkwu last Tuesday around 2.30pm.

They were said to have drunk different brands of beer after which they went into a room.

Our correspondent was told that after about 45 minutes of marathon sex, the woman fainted.

When efforts to resuscitate her reportedly failed, the suspect allegedly dressed up and left the guesthouse.

The receptionist, who became suspicious that Dunkwu left without his partner, was said to have quickly dashed into the room and saw that the woman was unconscious.

Our correspondent gathered that the worker raised the alarm, and the suspect was chased, apprehended and handed over to policemen from the Idimu division.

Josephine’s corpse was subsequently deposited in a morgue.