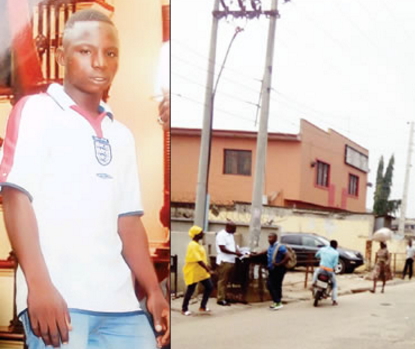 A notorious civilian attacker, an army officer simply identified as Sergeant Taiwo has been arrested for allegedly beating a 25-year-old motorcyclist, Alhaji Abu to death in Shomolu area of Lagos.

According to eyewitnesses, the soldier popularly called Sir T was driving his car out of an eatery in the Morroco area of Shomolu on Friday the 27th of January 2017 when he accidentally hit the motorcyclist waiting to carry a passenger.

In the process, an argument started. In a force show of force, the soldier unleashed terror on the innocent man and beat him to a coma.

He was rushed to the hospital where he passed on about 7 hours later.

Sir T who lives in Mymong Army Barracks in Yaba Lagos is currently in detention in the barracks.