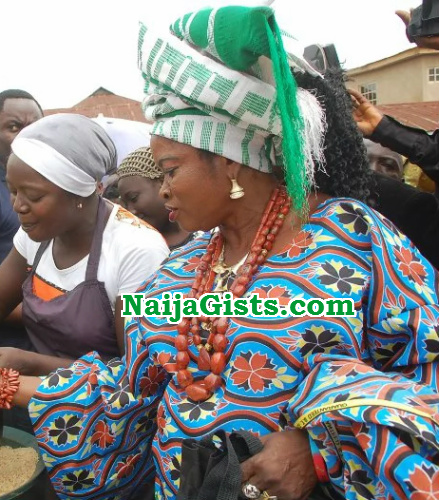 The Iyaloja Of Ado Ekiti, Chief Waye Oso has been freed after close to 11 hours in detention.

Oso who was arrested around 7:30pm on Monday at her residence was released today at 10:00am.

The market leader accused Governor Ayo Fayose as the brain behind her arrest and detention, claiming that officers who came to effect her arrest told her that they were acting on the governor’s order.

She challenged Fayose to come out and face her on the alleged 93 million fraud allegation.

“My arrest and detention was politically motivated, I have heard before that some people had threatened to rope me and what I went through was the execution of the plot.” – Oso tells reporter today at Erekesan market in Ado.

Chei!! Fayose too fear Osoronga people… The name “OSO” should sound a big warning to him.