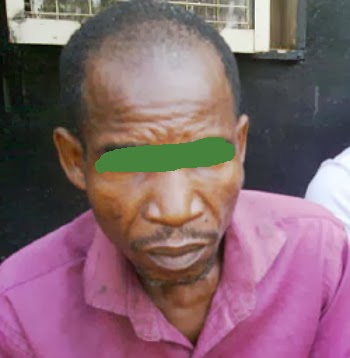 Alfred Idonogie, a Benin-based Pastor who was accused of raping a minor last year has been jailed

The 62-year-old self-proclaimed pastor was sentenced to 2 years in jail by an Egor Magistrate Court in Benin, Edo state today for raping a 10-year-old girl.

He was granted an option of N200,000 with 6 months in prison instead of the two years.

Omoruyi held that the prosecution witnesses, including the girl, her grandmother, the investigating police officer and a medical doctor established that there was penetration into the little girl’s private part.

The court also held that the accused committed the offence on 25 June, 2012 at Onaghino Street, Medical Stores Road, Benin City.

Not satisfied with the judgment, Counsel to the accused, U. Osa-Uwagie, indicated his interest to appeal against the judgment.

Edo child protection network’s coordinator, Jennifer Ero, who took up the matter from day one described the judgement as a victory for the defiled child, urging stakeholders to join her in fighting against child abuse in Nigeria.