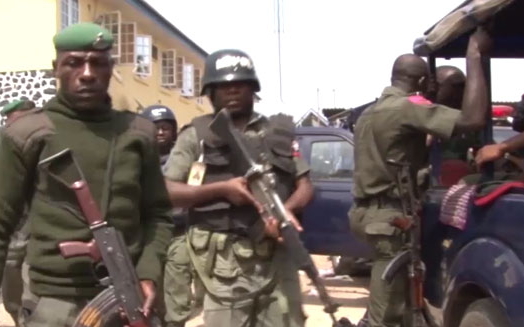 2 child traffickers are currently in police net after they allegedly stole a baby girl from her mother in Umuahia, the capital city of Abia State.

According to police report, the suspects identified as Ahmed Lawal and Nuhu Lawan reportedly drugged the woman identified as Chioma Chijindu at #8 Ohafia street in Umuahia before stealing her 15-month-old baby, Chinonye.

Vigilant residents who saw the men leaving with the baby notified the police.

The suspects were caught in a 307 Peugeot car with registration number AZ 166 KWL as they were about leaving Umuahia with the baby.

N170,000 cash was recovered from them at the time of their arrest.