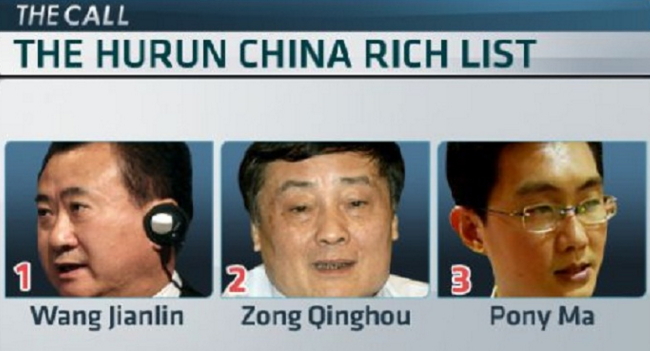 China has surpassed the U.S. in having the most dollar billionaires for the first time, a survey said on Thursday.

According to the Shanghai-based Hurun Report, the number of mainland Chinese billionaires rose by 242 within a year to 596, with many technology and manufacturing executives joining the rich list.

“This compares with 537 billionaires in the U.S.,’’ according to the most recent Hurun Global Rich List.

Including the 119 billionaires identified in Hong Kong, Taiwan and Macau, the total comes to 715.

Women made up 21 per cent of the rich list, including Zhou who has a fortune of 7.8 billion dollars and property developer Chen Lihua who is worth 7.7 billion.

Report says China’s rapid economic development has produced more high-net-worth individuals in a shorter period than anywhere else in history.

However, all of China’s billionaires have emerged in the past decade.