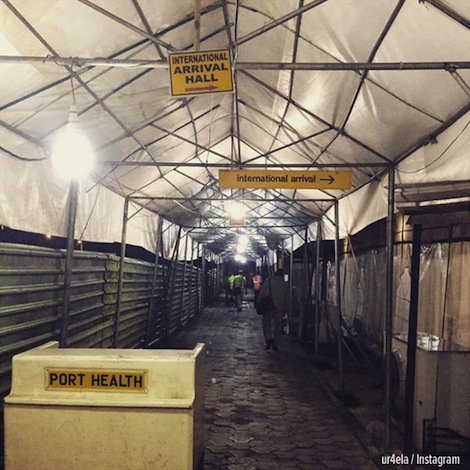 Port Harcourt International Airport in Nigeria has been voted the world’s worst airport, according to tens of thousands of travellers.

The airport topped the Guide to Sleeping in Airports world’s worst airports 2015 list, which surveyed over 26,000 fliers to find out the best and worst airports around the globe.

Ranked as the worst airport in Africa and one of the worst in the world, voters suggested Port Harcourt Airport should also win the title of most corrupt airport in the world. The terminal’s unpleasant and unhelpful staff help to earn it this trifecta of atrocious awards.

With virtually no seating, broken air-conditioning and a tent for an Arrivals Hall, it was a struggle for many voters to pass the minimum required amount of time here. The good news is that some areas of the terminal have been recently renovated, meaning you can expect actual walls, floors and windows. Though it is a far cry from reasonable, improvements are being made.

Check out the full list of World’s worst airports