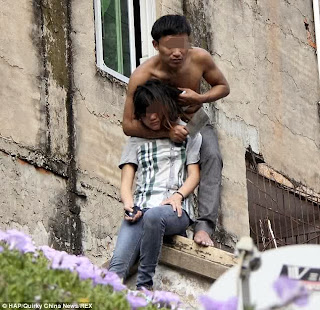 A dramatic event unfolded on Monday in China when a knife wielding construction worker held his fiancee hostage for hours on a rooftop after her parents reportedly turned down their marriage. 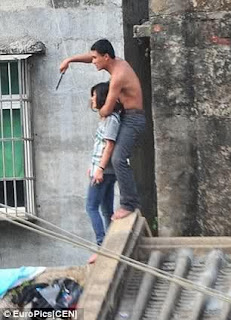 Shocked residents and armed police officers watched in horror as the man stripped himself naked and forced his girlfriend to do the same. 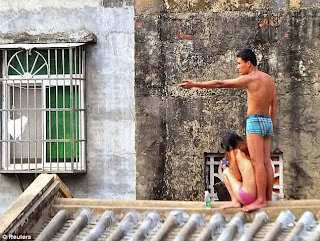 He held his girlfriend by the throat and waved the meat cleaver in the air as trained negotiators tried to talk him down from the roof of the quiet residential block.
In a bid to calm him down, his family members were brought to the scene but he turned down their appeal.

About one hour later, he demanded a getaway car for himself and his fiancee which police eventually provided. 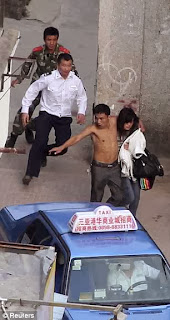 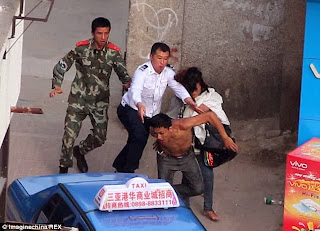 Still holding his terrified partner, the man put his jeans back on and climbed down from the roof into a city square. 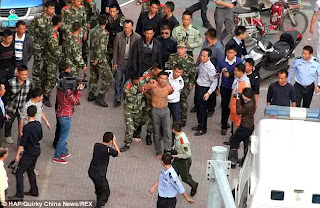 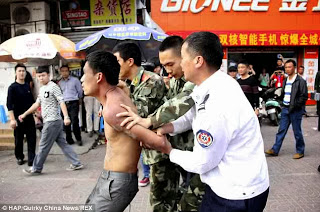 But as he made his way towards the car officers gave chase, managing to pull him away from his girlfriend and throw him to the ground.

What a dumb idea! How can he ever escape from a scene with over 10 trained police officials.