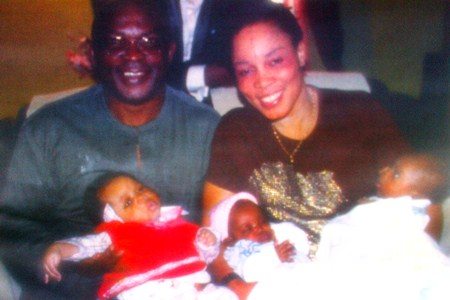 I was married for many years and when the child was not forthcoming, I was worried all the time, because I know that if you don’t have a child, your marriage will not be that strong. In Igboland there’s a saying that, ‘a woman that does not have a child, her seat is kept outside. That was bothering me, though as a believer I wasn’t that desperate over it. I wouldn’t have a devilish child. I strongly believed in God that at His appointed time, it will come because I know he never fails.

I did not ever entertain the thought that I could be barren. As a pastor, my husband was always consoling me, telling me to leave everything to God. In my mind I said ‘I hear. Tomorrow you will go and marry another person, thank you very much!’ When I was pregnant I asked God for so many things; the number one thing was that if this should become a reality, I promised God I will return the children to Him and I will give a giant offering. To God be the Glory, it came to pass.

My babies are two boys and a girl; Joshua, Caleb and Rose.’

Congrats to her and may the Lord use her testimony to impact others believing God for the same type of miracle.

Continue Reading
You may also like...
Related Topics:babies, chioma ajunwa, her secrets, how she did it, husband, miracle, photos, pictures, triplets