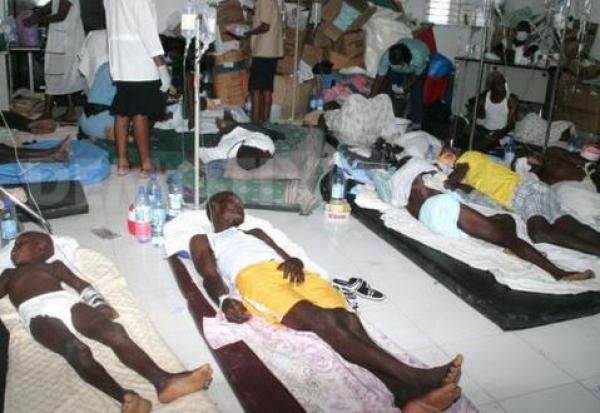 The recent cholera outbreak in Delta state has claimed 6 lives in Aladja town.

According to hospital officials, the situation that worsened with time has landed over 100 in hospital.

The officials who said that water in the area is not safe for human consumption predicted increasing death toll in the coming days.

The Chairman of Udu Council said the State Government has deployed medical team to the area to treat victims.