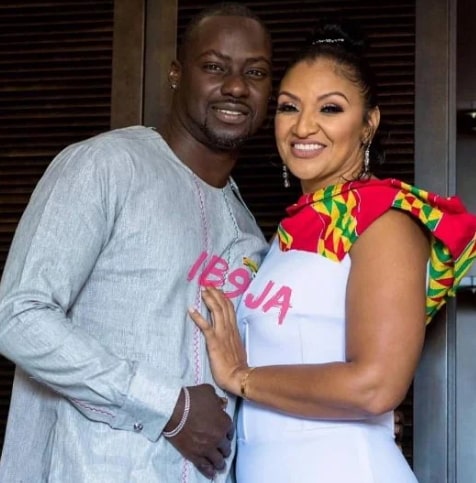 A witness who saw the brutal murder of Bettie Jenifer, the new Caribbean American wife of crossover actor Chris Attoh has narrated how she was killed by a black strong man on Friday night while returning home from her office in Maryland.

The eyewitness said Bettie Jenifer closed from her office in the 6300 blocks of Ivy Lane in Maryland and was walking towards her car when a black man with a thick build and black hair, wearing a dark shirt and pants emerged from another building holding a gun and walked towards her.

Feared for her life, Bettie who should have run into the office building which many people were already inside sped off towards the car park, according to the eyewitness.

The eyewitness revealed that Bettie Jenifer run the entire car park and the gunman kept shooting at her. Unfortunately, one of the bullets hit her and she fell down.

The gunman ran into a blue saloon car and fled the scene. Throughout the shooting, there were dozens of people around but he did not seem bothered and went after Bettie until he killed her.

The police have already launched investigations and they have assured they will apprehend the killer base on the numerous witnesses who saw everything that went down.

Watch the video below…

Betty’s death raised eyebrows because the Ghanaian Actor sparked rumors of crisis in his marriage shortly before Bettie Jenifer was shot dead.

Speculations on how and who killed Chris Attoh’s wife circulated on social media immediately the news broke out and many suggested that the actor remotely ordered the assassination.

According to fresh reports, Bettie Jenifer was killed by a hitman of her ex-husband who is sitting in jail for drug offenses, Ghpage.com has gathered.

From what we have gathered, Bettie Jenifer was married to cartel boss who has been jailed and she never told Chris Attoh about him when they met.

But after they got married and threats started pouring in from the cartel members, Bettie Jenifer convinced Chris Attoh to delete their photos from his Instagram page to send the message to her ex-husband that they have separated. From what Ghpage.com has been told, that is why Chris deleted her photos last week.

Sadly, they couldn’t convince the drug organization that Chris Attoh has left their boss’ wife alone. Pissed by the unfaithfulness, an order for her to be taken out was given by the boss from jail.