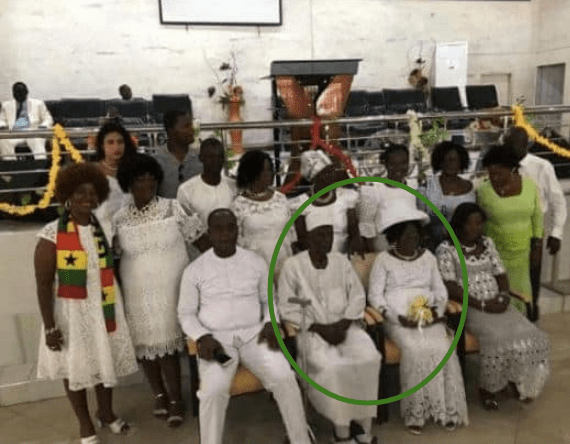 Ghanaian Couple Who Cohabited For 50 Years Marry In Colourful Ceremony

A 96-year-old man has finally tied the knot with his long-time girlfriend after being in a relationship for almost 50 years.

James Andorful and 93-year-old Margaret Manuel got married at the Central Assembly of the Church of Pentecost, Ghana on Saturday, August 3.

According to Graphic Online, the couple had cohabited for 50 years and had nine children together before tying the knot.

Congregants at the church gawked in amazement as the couple exchanged their marital vows in a colourful ceremony.

The marriage ceremony was officiated by Reverend James Oko Barnor, the Dansoman District Pastor of the Church of Pentecost.

The jolly pair was donned in matching white attire and could not hold back their joy during the auspicious event.

The two walked hand in hand as they prepared to say their vows and spend a lifetime together.

Their guests also showed up in pearly white clothing and flashed their smiles during photo hour.

In his sermon, Barnor said there have been many divorce cases in times because the couples involved do not understand each other.

He said marriages in times past survived because couples were content with the little things they had and understood each other regardless of the circumstances.

“If two couples can live under one roof for 50 years in a relationship, it means they understood each other,” the pastor said.

According to him, to sustain a marriage, couples must desist from comparing their marriages to others and rather appreciate what God has blessed them with. 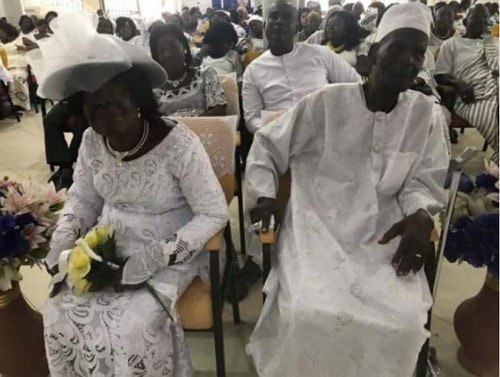 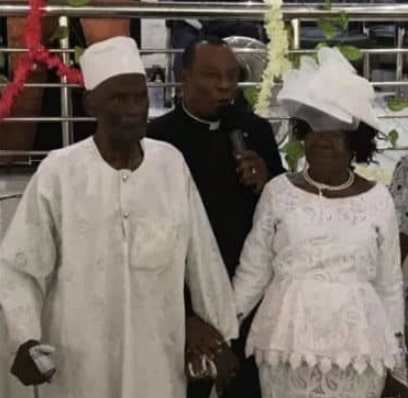