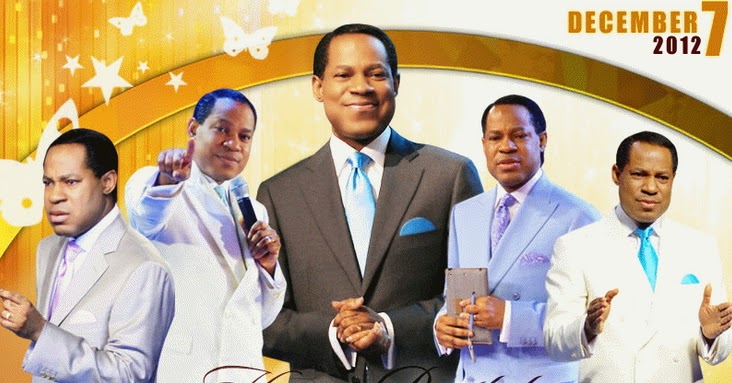 A member of Christ Embassy in the spirit of unity took to Facebook few hours ago to share an email soliciting for fund for Pastor Chris Oyakhilome’s upcoming birthday.

The letter shared by one Al Akhigbe reads: ”Esteemed Group Pastor, Warm greetings in the matchless name of Our Lord and Saviour Jesus Christ.Amen. Congratulations on the just concluded International Pastors and Partners Conference.IPPC. I have been directed by our highly esteemed Zonal Director, Pastor ———– to remind you of your Financial commitment to offer 7, the birthday of our dear Man of God, Pastor Chris Oyakhilome, Phd. The minimum target for each Group is ten million Naira only (N10,000,000.00) . Kindly note that the money is expected on or before 2nd December as you are aware that the birthday is on the 7th of December. Thank you for your outstanding commitment to the vision of our ministry. Signed—–”

Writing further, Al Akhigbe said, “Now, the above letter just hit my email box. And I thought I should share a thought or two for the benefit of those who don’t know why we are doing what we are doing. Now, in this zone, there are twelve groups plus the zonal church. The twelve groups will give a total sum of N120,000,000.00 and the zonal church will give N100,000,000.00 making a total of N220,000,000.00 (equivalent of approximately USD $1.3 million dollars). Let us assume every zone in Nigeria alone gives $1 million dollars each, about $30 million dollars will accrue to one man. Ghana will give big, SA will not lag behind et cetera.”

Al Akhigbe also shared some internal struggles going on in the church:

See his message below:

The Christ Embassy’s 2014 International Pastors’ and Partners’ Conference (IPPC) but the event has made open certain issues that unfolded at the grand conference. Speaking on this, a member of the church writing with the name Al Akhigbe took to the controversial ‘Where is Rev. Anita Oyakhilome’ Facebook page to talk about these issues. According to his post, “Welcome back from another great gathering of faithful members of the ministry of Christ Embassy. One cannot but acknowledge the huge success of IPPC. Yes, successful in spite of the celebrated divorce saga. With the expected thrills and frills exuded from the message and music, not forgetting the awards and awardees. It was indeed, something to shout about. But, not to be missed, is the conspicuous absence of the big fishes of yesteryears. Did you see Brother Strive and Deaconess Tsitsi Masiyiwa? Was it a coincidence too that I didn’t see Pastor Dolapo? These were the people promoted to CEC status just last year. If these CEC(?) members were absent, could it be that so many other erstwhile top 100 partners were also absent? (Just being curious).

“And if it is true that many of them (apparently so) were absent, could it not be linked to the mismanagement of the divorce saga? If it is linked to the divorce saga, would it be wrong to say that the repudiation of Rev. Anita is taking a toll on the ministry? And if it is right that Rev. Anita’s personality has influenced those sponsors of the ministry of Christ Embassy, does that not lend credence to what I had said earlier in this forum that God is using the divorce saga to cleanse the Augean stable? Don’t forget that up until now, the woman is yet to speak up, yet things are happening and the leadership of Christ Embassy are having a turbulent time controlling and managing the situation. If the conglomerate of Pastor Chris and his army cannot surmount the influence of one lone Pastor Anita, does that not tell them that it is God that is at work in her, both to will and to do of His good pleasure? The grandstanding and demagoguing is not and will not work.

“Were you surprised that no mention was made of these erstwhile gladiators? Then you are not too acquainted with the principles of this ministry. There were others before them, when their eyes became opened to the reality, they beat it. Have you forgotten so soon the Zimbabwean pastor that brought Brother Strive? Have you forgotten Pastor Mitchelle? Well, I wrote something about this attitude in my earlier post. Those guys (Strive, Tsitsi, Dolapo, Mitchelle, e.t.c) have all been used as scaffolds to build the church structure and have outlived their usefulness. So what? Discard the disused tools.

“Delegates to the conference know what went into mobilizing them to attend. Never in the history of C.E had people been encouraged with incentives to attend IPPC. A certain amount was usually set as bench-mark for pre-qualification to attend. But this year, instead of bench-mark, there is incentives. If we calculate the amount of money that went into sponsorship of delegates from around the world to the conference, you will be stunned. And the truth is that it can not continue this way or else, the ministry will go bankrupt. The hunger for partnership is dying by the day, so how long can this type of mobilization be sustained? Just wait for next year and see.

“I know Pastor’s message was tilted towards the direction of going back to the basics. If that were so, lip-service is not enough to make the desired change, but drastic reorganization and doctrinal changes. It will do the ministry a lot of good, if those lackeys and man Fridays have enough guts to tell the truth to their demi-god. But evidently, they are slaves to fear. The fear of the unknown is their greatest enemy.”