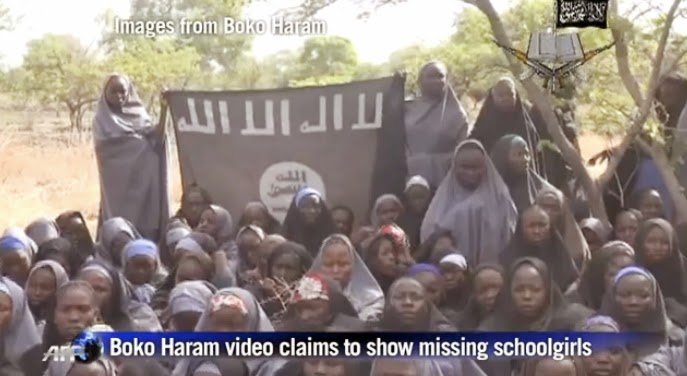 May 12, 2014  –  Christian Nigerian Female Students, Chibok Girls Who Didn’t Convert To Islam: What Is Their Fate?

Just watching the video right now and praying for the safe return of the kidnapped female students in Borno state Nigeria.

In the video, Boko Haram leader, Abubakar Shekau said he has liberated the girls by converting them to Islam, though he didn’t specify how many of them…… the video only showed about 100 of the 276 students still missing.

Last week, a viral video of terrorists slaughtering some girls surfaced online but it was later revealed that it didn’t happen in Nigeria.

Now that Shekau has converted some and NOT all to Islam, I wonder what will now happen to the few of them who rejected his offer of conversion.

Last week, a Nigerian evangelist said that most of the 200 plus schoolgirls kidnapped by terrorist group Boko Haram are Christians, which he says is further evidence of the militant Islamists’ specific targeting of followers of Christ.

Please remember all the students in your prayer.