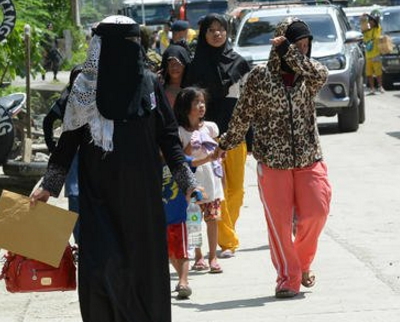 Christians all over the world are now appreciating kind Muslims in the city of Marawi Phillippines for shielding Christians from some ISIS militants who raided the town about 3 weeks ago.

Out of about 1500 trapped in Marawi, many are still escaping on foot while other are swimming across the river.

Any female caught without Hijab will be executed, according to a medical doctor who spoke to Daily Independent.

A local politician said Muslim women in the town are sharing their Hijabs with Christians as they make their way out of the town.

Lassa Fever Kills Nursing Student In Anambra State, 65 Who Had Contact With Her Placed Under Watch
Nadia Buari Spotted With Arab Husband & The Real Father Of Her Twins [PHOTOS]