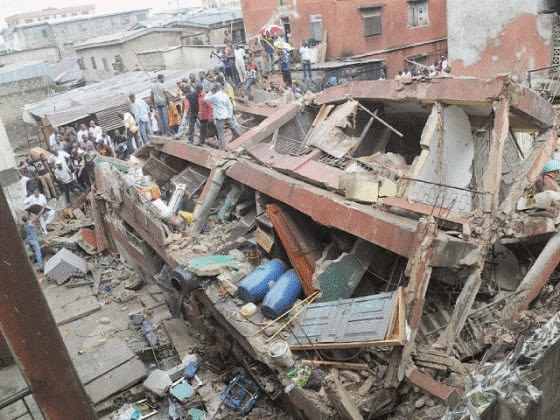 The founder of Synagogue Church Of All Nation in Ikotun Lagos, Temitope Balogun Joshua has been accused of trying to avoid questioning at the court over a disaster that killed over 100 people at his church last month.

Balogun has been ordered to show up before the coroner inquest set up by Lagos State Government on November 5th, 2014.

116 people, mostly South Africans died when the building serving as a guest house of the church collapsed on September 12.

TB Joshua had initially linked the tragedy to a strange aircraft wandering above the building shortly before it fell. A video was released by the church on social media platforms showed the plane allegedly hovering around the building before its collapse.

To ascertain the actual cause of the collapse, the Lagos State Government on 26 September, set up an inquest to investigate the incident.

The coroner, Magistrate O.A Komolafe and a team of interested parties had last week visited the scene of the incident to have a first hand understanding of the incident.

At today’s sitting of the inquest, the coroner stated that TB Joshua must appear before the inquest to give a first hand testimony about what happened during the building collapse.

Insisting that TB Joshua must personally appear before the inquest, Komolafe said: “The court has summoned him, let him come and tell us what he knows. He cannot sit over there and be sending words to us that he cannot come. The court has said that for the purpose of what we are doing that he should come over”.

An official of the Lagos State Fire Service, Adebayo Musiliu, while testifying before the court said he observed that the building did not collapse as a result of explosion.

Musiliu, who said he has 34 years experience in rescue operation, insisted that there was nothing to suggest that the accident occurred as a result of explosion.

He said, “All the bodies recovered were whole and not dis-membered or burnt. Also there were no scattered bricks. The floors and pillars were also not shattered, rather the building had collapsed on top of each other. “The collapsed building did not depict any sign of explosion or implosion.”